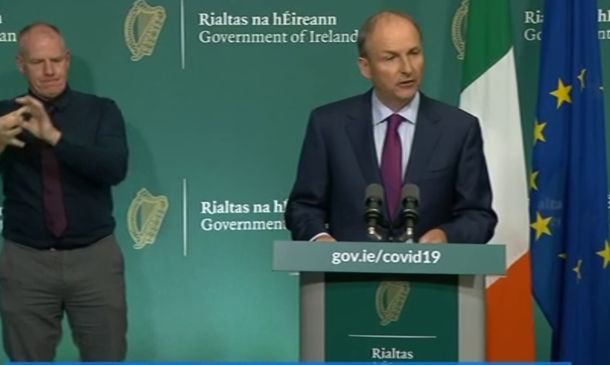 HAVE YOU been transported into a gobsmacked, jaw-on-the-floor, awestruck state of envy by the government’s consistent ability to only begin strategically planning for things they’ve been forewarned about after it’s become abundantly clear it’s too late?

Well, WWN has been lucky enough to liaise with the government to produce the sort of handy guide which can help you identify the sort of important decisions that absolutely should be left to the very last minute, resulting in a very smooth problem-free outcome.

1) Has a small fire started in your kitchen, don’t sweat the small stuff, go for a walk and deal with it when you come back – let clear heads prevail. The last thing you want to be doing is making a rash decision now that snuffs out the fire immediately when you could just spend some time seeing what shakes out. Who knows, this fire might put itself out, as fires famously do when left alone with a variety of fluids and accelerants.

2) So you’re getting married, the venue is picked out, the date penciled in the calendar and you’re walking down the aisle. Now, and only now, should you begin your search for a husband-to-be.

3) Running low on toilet roll? Wait a week, take some laxatives and don’t restock. Then, only after finding yourself glued to the bowl with an explosive eruption of violent diarrhea, decide now would be a good time to have some toilet paper. This must be between 11pm Sunday night and 3am Monday morning when the selection of open shops is precisely zero. Also, for no logical reason launch your car keys into the night sky using a rocket launcher.

4) Nagging tooth ache? Ring the dentist once you’re satisfied the pool of blood gathering in the sink is yours, as is the tooth which has escaped down the plug hole.

5) Are you planning on cooking your family a lovely meal? Well, once everyone is seated at the dinner table, now might be a good time to switch on the oven and then head to the shops to buy the ingredients. But remember the most important part when returning from the shops drive right by the house and turn up at the residence of a stranger.

6) Have you realised you need to end a relationship you’re in? Take decisive action by marrying them, starting a family and finally divorcing them after 40 years of sheer misery. You can’t put off an important decision like that for 41 years, that’s madness.