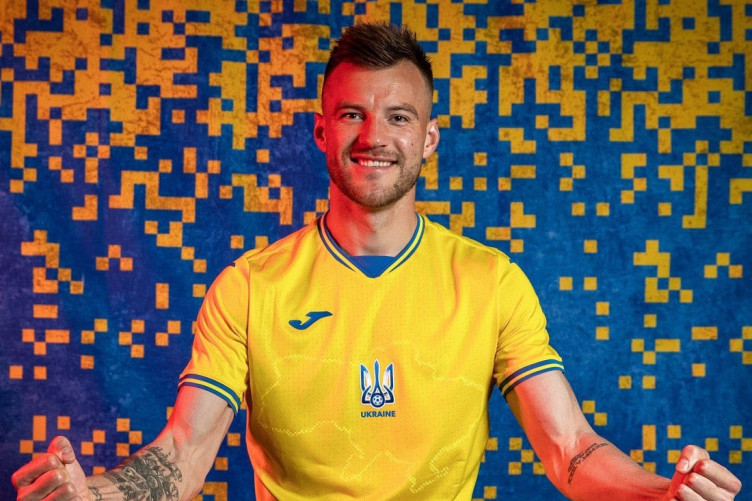 EUROS fever has finally hit Ireland and it is currently spreading quicker than the Delta variant as Irish retailers struggle to reorder enough Ukraine football jerseys to meet the high demand.

“Me? Ah been into the Ukraine footy for years, changed my name to Sean Shevchenko,” confirmed Sean Shevchenko, one of many in a mile long queue outside one Lifestyle Sports outlet.

Mystery still surrounds the sudden interest in the progress of the eastern European nation, but retailers are celebrating selling nearly 4 million shirts in the last few days with another million sales expected to follow.

“I’ll have one for myself and the wife, and two for the twins here,” said one man carrying new-borns having come directly from the maternity ward of a nearby hospital.

“We can’t put our finger on why people here have really taken the Ukrainian team into their hearts, maybe it’s because they just love Joma football jerseys? Or maybe they’re massive Chicken Kiev fans?” speculated one retailer.

And it’s not just sportswear retailers who benefited as a number of other shops reported selling out of yellow and blue bunting, paint, wallpaper, place mats, hubcaps, hair dye and tattoo ink.

Irish media outlets, seeking to explain the sudden surge in support have speculated that Andriy Yarmolenko went to the Gaeltacht in Connemara back in the day or perhaps Alexander Zinchenko is related to the Zinchenkos out of Cashel.

“Whatever the motivation is we’ll get to the bottom of it eventually,” vowed one journalist.