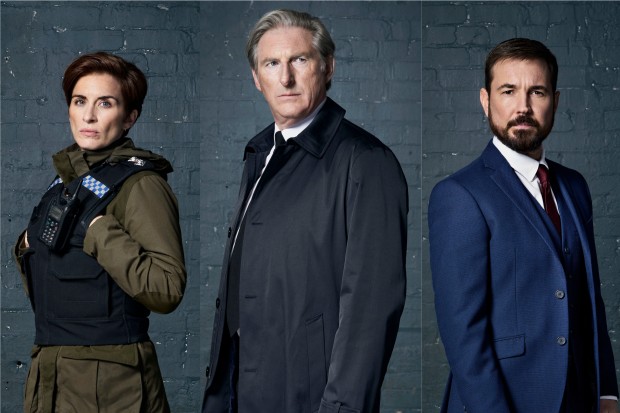 “SOME PEOPLE are so fucking inconsiderate,” confirmed local man Andy Lyons, who has been trying his best to avoid spoilers for popular BBC bent copper drama Line Of Duty due to the fact he intends on immediately binge-watching the show in 10 years time or so.

“Shhh, shhh, no, no! Shut up, I haven’t watched it, so no spoilers,” shouted Lyons at friends who were itching to discuss and dissect the big events from season 6 of the series.

Lyons, who hasn’t gotten around to watching The Sopranos, Breaking Bad, Narcos, The Wire or Tracy Beaker either, is adamant he will be starting Line of Duty by 2030 if not before that, thus stressing the need for conversations to veer well clear of series.

“Ah ah ah,” said Lyons raising his hands to cover his ears when one friend was mean spirited enough to remark ‘you’ll love it if you love other cops shows’.

“Fucking hell man, why are you throwing spoilers around. Great now I know it’s about cops, way to ruin it!”

“I told you I’d watch it I just have to wait until the youngest is grown up and has left the house and I eventually retire – I’ll have time to binge then, mother of God, this is like Game of Thrones all over again,” offered Lyons, of another show he’s planning on watching that people can’t help but spoil.

Lyons, someone who likes to go in ‘blind’ on series, has previously criticised Wikipedia for ruining the ending to World War I and II, wars which Lyons was planning on getting around to catching up on any day now.