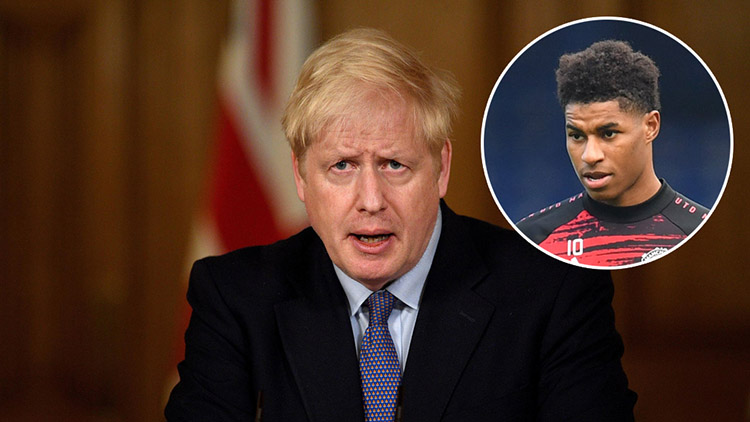 “ONE would think, amid all the by-clauses and backdoors and amendments and constitutional rewrites and donkey-and-cart era bylaws and exemptions sewn into the British legal system, that a Prime Minister would have found it easier than this to hobble or otherwise kill a mere sportsman” sighed PM Boris Johnson today, pinning a picture of Marcus Rashford at the top of his ‘hit list’.

Rashford, a Manchester United forward and near-constant thorn in the side of the Conservative Party had drawn the attention of the PM yet again this week, after pointing out that food parcels sent to hungry kids while schools were shut actually turned out to be the contents of a chip shop bin, leading to Johnson’s plotting to remove him once and for all.

“If only the bugger played rugby, I know about fifty chaps who I went to Eton with whose sons could absolutely spike him on the pitch” snarled Boris, as he watched his ministers fall one by one to embarrassing questioning on TV and in print over the subject.

“But he plays that damned peasant sport, Hancock, quick, find out if we know any footballers that are willing to give this Rashford bugger a damn good kicking on the pitch. What’s a lot of money to a footballer these days? 100 grand, eh? That’s more than they could get paid in a lifetime, I’d imagine. Wait, they earn what?!”.|

Johnson is to spend the rest of the day completely unable to grasp the idea that this Rashford might just be a ‘good person’, whatever that is.