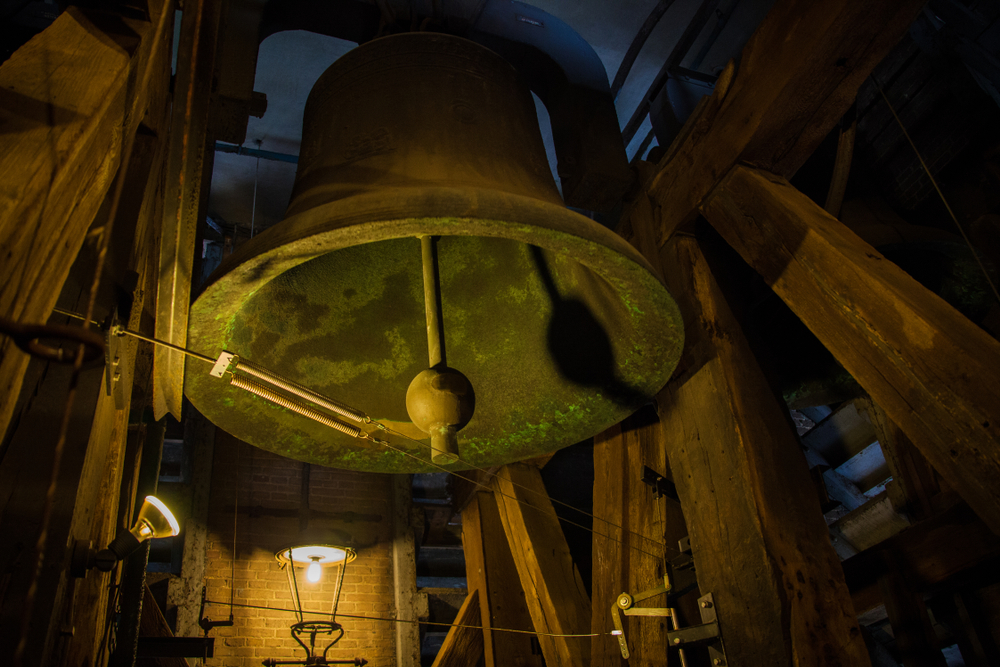 TV VIEWERS have expressed concern for Ireland’s favourite binge worthy TV show The Angelus, after many reported that the iconic bongs sounded a little ‘off’ in recent days, ever since the details of the Mother and Baby Homes report was first leaked to the media.

“Can you hear sweat? Is that possible?” confirmed RTÉ’s chief bong technician Ronan Crowley, “listen… d’you hear it there? Sounds a bit more moist or something, like its clogged up with sweat”.

Whether the bongs nervousness has anything to do with a growing clamour among the public for the Angelus to be consigned to the dust bin of history remains to be seen.

“You know maybe the Angelus just needs a little time off, those bongs have been bonging every day since the dawn of RTÉ, they sound very faint now, like they’ve lost all power,” added Jovi.

Some have called on the Angelus to be replaced with a secular ‘minute of reflection’, while others not from Ireland and only learning of the Angleus now have said “what the fuck is wrong with you people?”

“So a church bell clangs and stops people dead in their tracks, seemingly transfixing and hypnotizing them and you lot thought ‘slap that on before the news’?” asked one perplexed foreigner.

In the meantime, the Angleus, guest performed through the years by Daft Punk, Orbital, Tony Allen and the Chemical Brothers, will remain on at the same time every day until the end of human civilization.