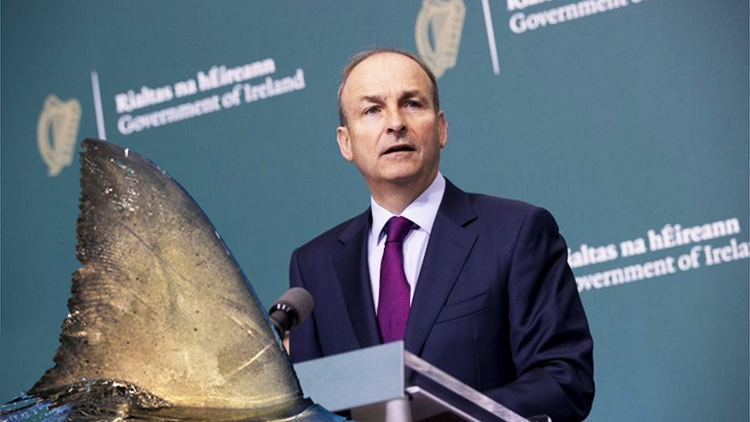 AS PART of an extensive programme of supports and raising awareness the Irish government has developed a system whereby the imposing, tension raising iconic music from Jaws will spontaneously begin playing whenever the word ‘Brexit’ is mentioned as we edge closer to the end of the transition period on the 31st of December 2020.

As Irish SMEs are bracing themselves for the potential high levels of disruption caused by Brexit and associated trade with the UK, the government insisted keeping people aware of just how harmful Brexit can be remains paramount.

“We know it’s the Brits doing, but we must be prepared and we can think of no better way to keep the horrors of Brexit front and centre than with this evocative piece of music which makes you shit your pants with fear,” added Tanáiste Leo Varadkar, who was then startled by the sudden familiar theme playing in the background.

While the government wouldn’t be drawn on exactly the music is spontaneously playing at the mere mention of Brexit, judging by the exhausted bass, tuba and cello players dressed in black tie racing from location to location, he may involve overworked concert orchestras.

“Obviously you’d well assume ‘Brexit’ frequently comes up in conversation, so we’ve a lot of ground to cover and a lot of Jaws to play in many many locations up and down the country,” said one bass player, sparking off the need for Jaws music to be played again by his mention of the B-word.

“Bollocks, you’d think I’d have learned not to that at this stage”.

As the Irish government enters its final preparedness for Brexit, it’s business supports will from next week just involve the music from Psycho and advertisements stating ‘As previously stated before, the UK are fucked, Ireland’s fucked, we’re all fucked’.