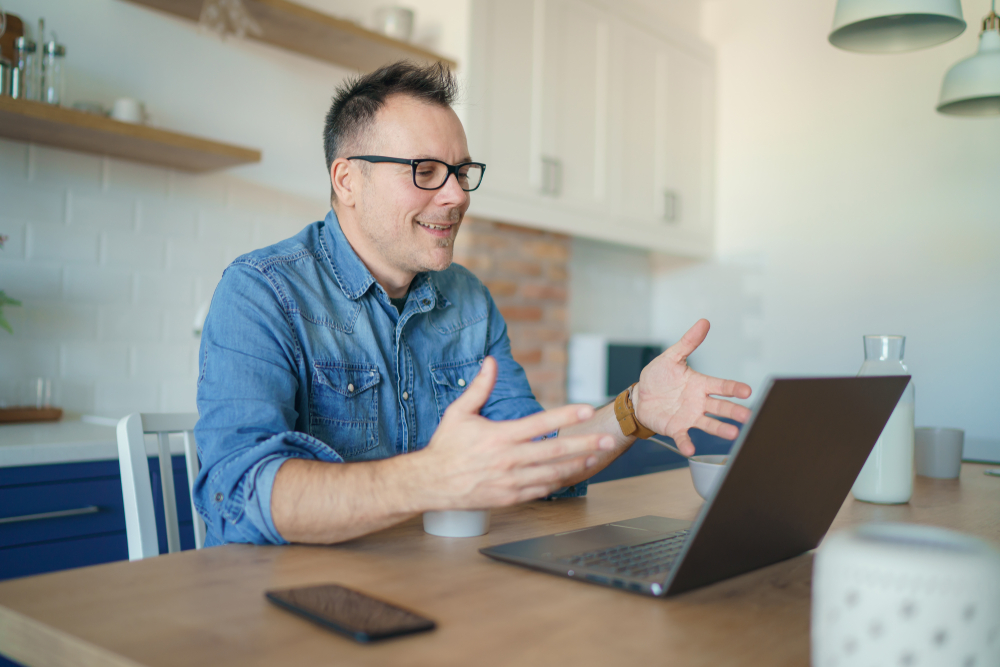 ONE man working from home for the majority of this year is now seeking help for a crippling affliction that sees him talk at an excessively loud volume any time he is required to participate in a video call.

Despite being able to hear everyone else clearly on all Skype, Teams, Zoom and Facetime calls, 49-year-old business consultant Alan Cauflin finds himself unable to resist the urge to project his voice as if his leg was caught in a bear trap in the Alaskan wilderness and he was in desperate need of help from the nearest town some 50 miles away.

“Hey guys, nice to see you all again,” Cauflin screamed into his long suffering laptop microphone during his latest video call, prompting everyone else on the call to recoil in horror and turn their volume down.

The pattern repeats itself in Cauflin’s personal calls via video on his phone too, with the grandson of four thinking the quiet hum of traffic in the background needs to be counteracted with vocal projection that could rival Pavarotti.

“I dunno maybe it’s a deep rooted unconscious response to the psychological trauma I suffered as a child when I was never allowed speak at home due to my controlling father,” observed Cauflin incorrectly when in fact he just needed to ‘quiet the fuck down’ and stop giving heart attacks and headaches to everyone who listened to calls with ear phones on.

A study into the phenomenon of people feeling the need to scream and shout on video calls has found that subjects also struggled to modulate their voices while in the cinema, at a library and during eulogies at funeral masses.