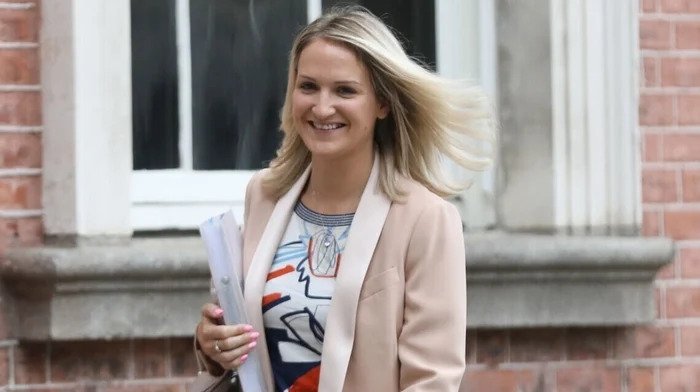 REGRETFULLY today’s Dáil business, which was to involve Minister for Justice Helen McEntee answering questions on the appointment process which led to Séamus Woulfe becoming a Judge of the Supreme Court, has run into problems after a sick note from McEntee’s doctor stated she has come down with a rare temporary sore throat.

“The air spores within the Dáil chamber whether it be housed in the Convention Centre or Leinster House cause a unique reaction in the vocal chords of the patient that renders speaking, no matter how much she definitely wants to answer questions, impossible while there,” the note read.

“The patient also has Sonorous Sensitivity Syndrome, which means her ear drums, as delicate as an aging dandelion in the wind, cannot be exposed to sounds and sadly to even attempt to hear questions would risk permanent deafening,” read a second doctor’s note.

Trying to find a workaround to finally get answers to basic questions, RISE TD Paul Murphy held up a piece of paper which read ‘just write down your answers to our written questions’ only be greeted by McEntee raising her two arms which were covered in casts.

Citing the sudden onset of a rare quick-setting cement strain of conjuctivitis, McEntee stated that she would longer to able to see written questions either and that it was maybe best to rearrange the questioning for another day.