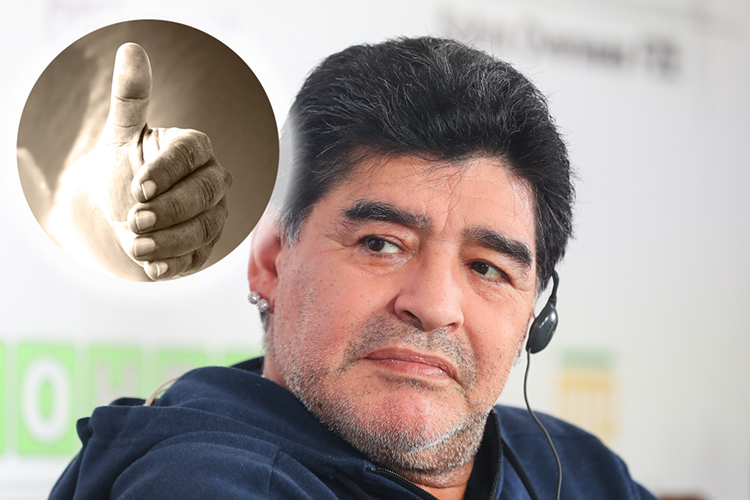 NEUROSURGEONS tasked with what was first believed to be a dangerous blood cloth lodged in the brain of Argenintian footballer Diego Maradona, have confirmed the mass was in fact ‘an otherworldly hand’, WWN can report.

“Upon opening his skull we found a glowing, celestial-being-like hand making the shape of a fist protruding from his brain,” Leopoldo Luque, Maradona’s neurosurgeon told reporters, visibly enlightened by the whole experience, “my whole team felt a divine presence during the entire operation and we speculate that the hand may have been from God himself”.

The operation was said to be potentially risky due to the ex-footballer’s delicate general health, and a 2-inch layer of what appeared to be pure cocaine encasing the circumference of the former footballer’s brain.

“Once we removed the base layer of cocaine we witnessed a beautiful glowing light and a heavenly choir, which sounded suspiciously like Argentinian fans celebrating a goal, possibly against England, by the sounds of it,” Dr. Luque stated, now blessing himself.

“Once removed, the hand levitated above the surgical tray and slowly ascended up to the ceiling before then giving us a thumbs up and disappearing into thin air”.

Following the news of Maradona’s successful operation, shares in cocaine stocks shot up 18 points on the NASDAQ.