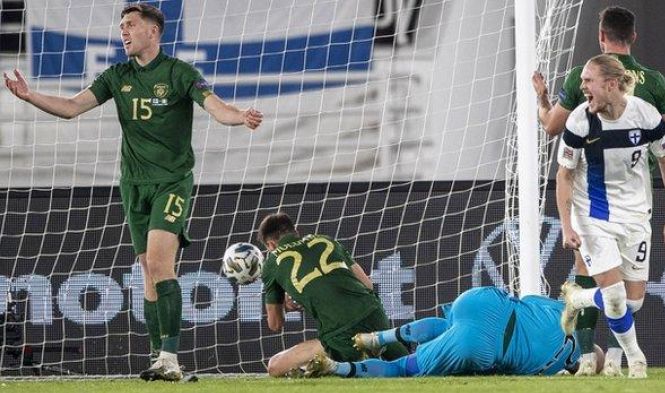 THE acronym commonly associated with the Irish soccer team is to be re-worked a little in light of another soul-sapping defeat, going from an exuberant expression of joy to a plea for something… just something, anything.’

“It’s not the usual ‘Yeah! COYBIG!’, instead we’ve gone with something truer to current ennui. ‘Ah for fuck sake. CO,YBIG. CO, ta fuck’. It’s subtle, but that comma really captures the spirit of how Irish fans feel right now”.

Meanwhile, Irish fans continue to rally around new manager Stephen Kenny, despite some 4 hours of football played without a goal scored.

“Stephen… he’s just warming up. Just getting nice and warm” said one anxious fan of the former Dundalk manager.

“Who needs him to win anything at this stage? Or qualify for anything? Or even score a goal? We just need him to… well, we’re not sure. We’re investing all our football emotional capital in him at the minute, we just hope he pays off at some stage”.

The Republic Of Ireland’s next year comes in the form of an away game with some team of minnow coal miners from a tiny principality you’ve never heard of, for a change.