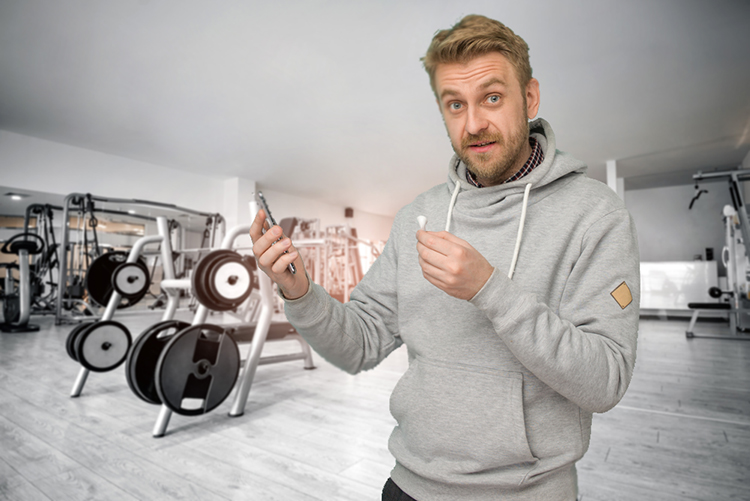 A COUNTY Waterford gym has issued a notice today asking members to charge their music devices before their scheduled gym appointments following one of several cancellations citing uncharged airpods, WWN has learned.

“What’s the fucking point if I can’t listen to tunes?” defended MeatHeads Gym member, Derek Stapleton, who only realised his airpods weren’t charged as he was about to press start on the elliptical trainer. “I can’t believe I drove all the way down here and the bloody things were dead. Now I have to drive back and wait for them to charge up. Such a waste of time”.

Stapleton is one of thousand’s of music dependants who are unable to workout, walk, or even function without the aid of musical beats and tones, a condition fastly escalating to epidemic stage.

“Yesterday,I was out for a walk my phone died halfway through so I hailed a taxi to bring me home” explained local woman, Mary Tobin, who admitted to only being able to enjoy a walk if she has something to listen to in her ears to distract her from the grueling outdoors, “I just can’t seem to enjoy putting one leg in front of the other without having a beat to time it to. How humans evolved from fish in the sea to walking mammals on land is anyone’s guess”.

Researchers have since named the newly discovered condition as ‘lazycuntness’, stating that sufferers will literally concoct any old excuse for not exercising.