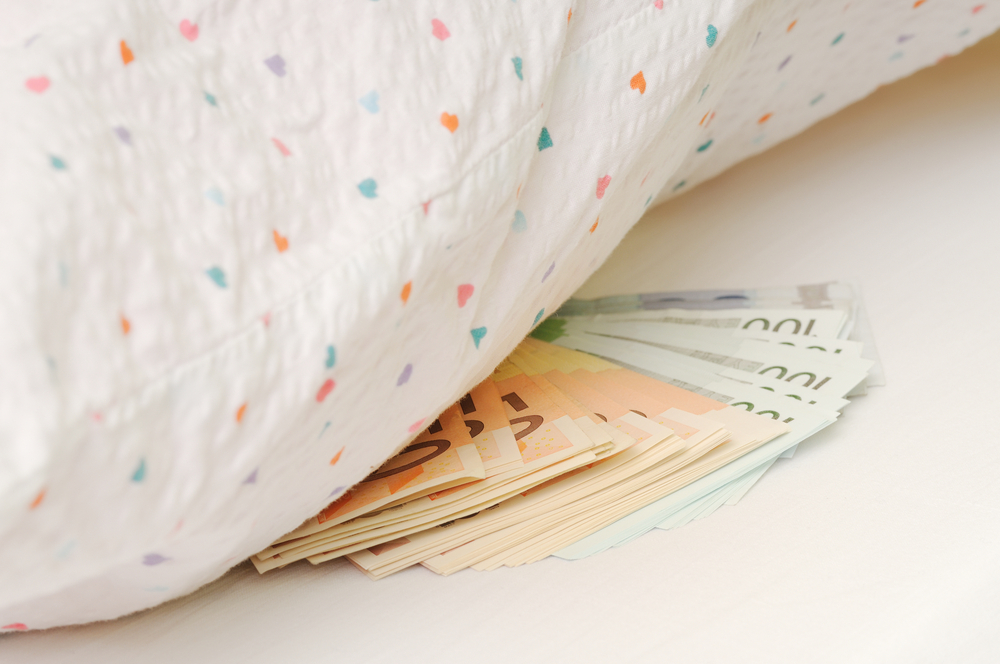 AN ECSTATIC nation are already feeling the positive effects of yesterday’s bumper budget which took aim at avoiding the economic sledgehammer to the testicles that is Brexit and Covid-19, with every single citizen waking up this morning to discover magical piles of cash under their pillows.

“Ah lads, stop, you’re too kind,” said one Irish citizen clearing the sleep from his eyes only to discover wads of cash left by the ministers for finance and public expenditure.

Collapsing, exhausted onto beds made out of stacks of €500 bills, Paschal Donohoe and Michael McGrath finished up their Loot Fairy routine of dishing out budget money underneath pillows of people who have lost their shirts thanks to economic volatility, leaving absolutely no one behind and eliminating the possibility of growing economic inequality.

“What are you at youse pricks?” added another citizen who was left with a very uncomfortable crick in her neck after Donohoe placed several thousand euro under her pillow.

The tell tale signs that this budget contained an eye-watering extra €17 billion are there for all to see: ATMs began vomiting out cash at 9am this morning, students availing of the €250 one-off payment from the government handed it directly to their landlords and the HSE has already accidentally spent its €4 billion extra on a middle manager named Noel.

The expenditure will see some public services finally enter the 20th century while the Department of Finance also confirmed newborns will now be fitted with monocles, top hats and a debt clock showing how much they will owe by the time they turn 18.

Never bloody happy, opposition party Sinn Féin confirmed they their budget would have paid for colonising Mars, world peace and upping PUP payments to €500 per minute.

However, the budget day bonanza wasn’t all good news as smokers now require a substantial loan from the bank if they want to purchase 20 John Player Blue.