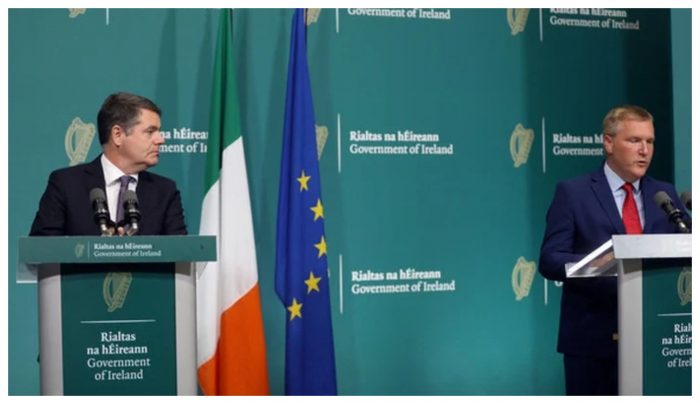 THE aging population that currently resides within the Republic of Ireland has humbly accepted the precarious financial prognosis for the nation, which will likely see huge budgetary deficits incurred paid off down the line by their grandchildren.

“Ah, I think billions in future income tax increase is a fair trade for the odd tenner I throw them,” confirmed the nations’ grandparents.

A bumper budget, labeled the most expansionist in the history of the state, with timely supports for public services and struggling industries, has the nation showing no interest in the topic of how it will pay back the billions of euro needed for such investment.

“Who’s the best little granddaughter in the world? You are,” grandmother Fidelma Andrews told her toddler grandchild Clara, safe in the knowledge that whatever economic pain is to come from trying to restart 2020’s Covid-19 ravaged economy will be up to future generations to sort out.

“Got your nose, and got any hope you had of a decent future,” added Andrews, who made a note to herself to tell and retell Clara a biased version of today’s events which will probably lead to university fees hitting 50k a year when Clara hits 18 and a rise in the pension age to 93.

“It’s not important to probe the long term viability of cheap loans when the global economy is more unhealthy than a corpse in a blender, it’s just important to remember we’ll all be long dead before those little entitled youngsters can make us feel guilty for inevitably screwing them over,” beamed Hefflin, before cracking open a bottle of champagne, given to every household as part of the budget.