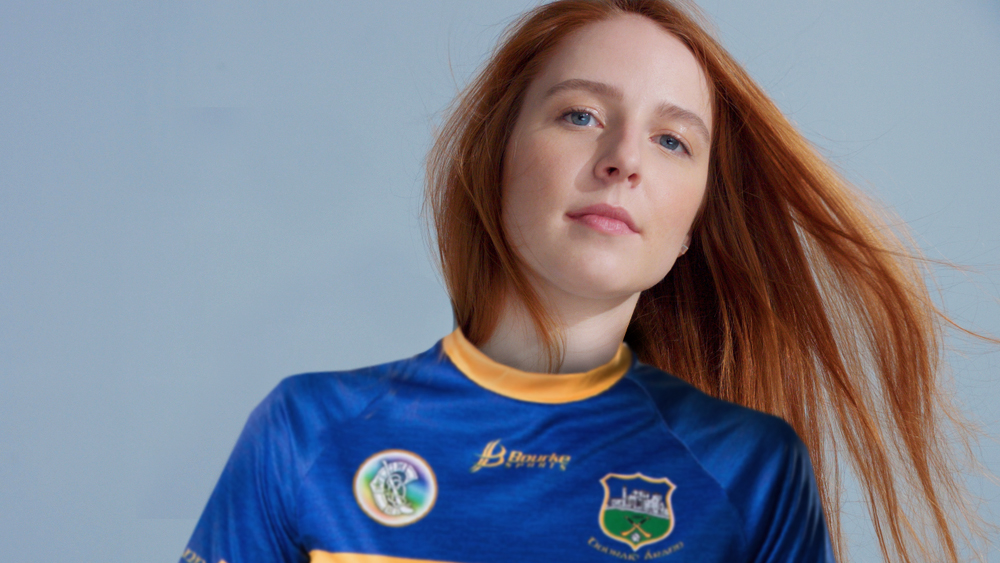 DETERMINED not to let the coronavirus pandemic come between her and her public adoration of her county team, Tipperary woman and die-hard supporter, Anne Phelan has vowed to proudly wear her Tipp jersey everywhere she goes.

Despite all hurling fixtures being rescheduled for November, Phelan’s own biological GAA clock was hesitant to change, defiantly opting to don the blue and gold polystyrene garment at every available excursion, making sure rival fans knew that Tipperary hurling hasn’t dropped its proverbial ball.

“Sliotar, actually. ‘Proverbial sliotar’,” corrected the daughter of two Tipp fans, who admit to grooming her into a state of manic Tipp support from a young age, “Tramore, the big smoke, going to the shops for messages for nanny, cutting turf with uncle Martin, holidays in Greece with the lads, even Sunday mass; this jersey is staying on me until we’ve won the Liam McCarthy again and I don’t care if it has been pushed back to November – I’m starting my support now”.

Identifying it as a form of addiction, scientists researching the effects of the season rescheduling have said the appearance of thousands of different county supporters across the country may have long term effects.

“We’ve found that many GAA supporters may not even be aware they’re wearing their county jerseys,” neurologist Dr. Harold Mackey said, explaining the phenomenon, “it seems to be an automated decision and habit based. Our worry now is they will not support their team in November and the change may even crash the neurons in their brain”.

In once such instance, county Kilkenny hurling fan Paul Power was admitted to St. Luke’s hospital for a form of hurling tourettes, forcing him to shout out ‘up the cats’, every 3 to 4 minutes.

“For the past two weeks we’ve been administering constant reruns of hurling finals where Kilkenny won the Championship, we’re nearly at 1998 now so hopefully he’ll be okay by the time we’ve caught up with the present day,” a spokesperson for the Kilkenny hospital confirmed.