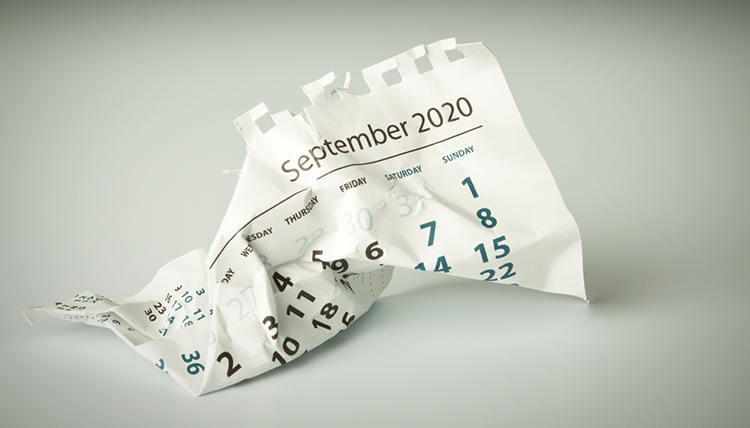 DOZENS of World leaders met in Geneva, Switzerland last night for a rare but positive meeting into the fast tracking the year 2021, bringing it forward by four months in the hopes of boosting the planet’s morale and finally saying goodbye to the worst year in living memory, 2020.

Taking just 14 minutes to deliberate, over 200 countries voted in favour of the calendar change while also agreeing to never speak of the year of Our Lord twenty twenty, ever again.

Refusing calls from some eager countries to fast track 2021 to midnight tonight, it was agreed by unanimous decision that September 1st will now become the start of the new year, coinciding with children returning to school, harvesting and a general feeling of newness.

“September 1st just has a nice freshness to it and an ideal change to the way we keep track of time in general,” a joint statement read from the world’s nations, “when you think about it, we’re probably way off with the Earth’s cycle of the sun anyway, so let’s just start the new year from September 1st and see how we get on. Hopefully the change will miraculously shake off the Covid-19 somehow”.

The dramatic calendar change will see Christmas holidays reduced to just one week in December, a move which has also been welcomed.

“There’s nothing worse than that awful week of limbo just after Christmas where everyone is just waiting to get New Years over with and this will change all that for good,” the statement continued.

“Imagine the calories everyone will avoid, the debauchery, the existential dread of entering a new year in the coldest and most depressing month of the year,” adding, “fuck that, let’s get this party started in September when the weather is some way decent”.