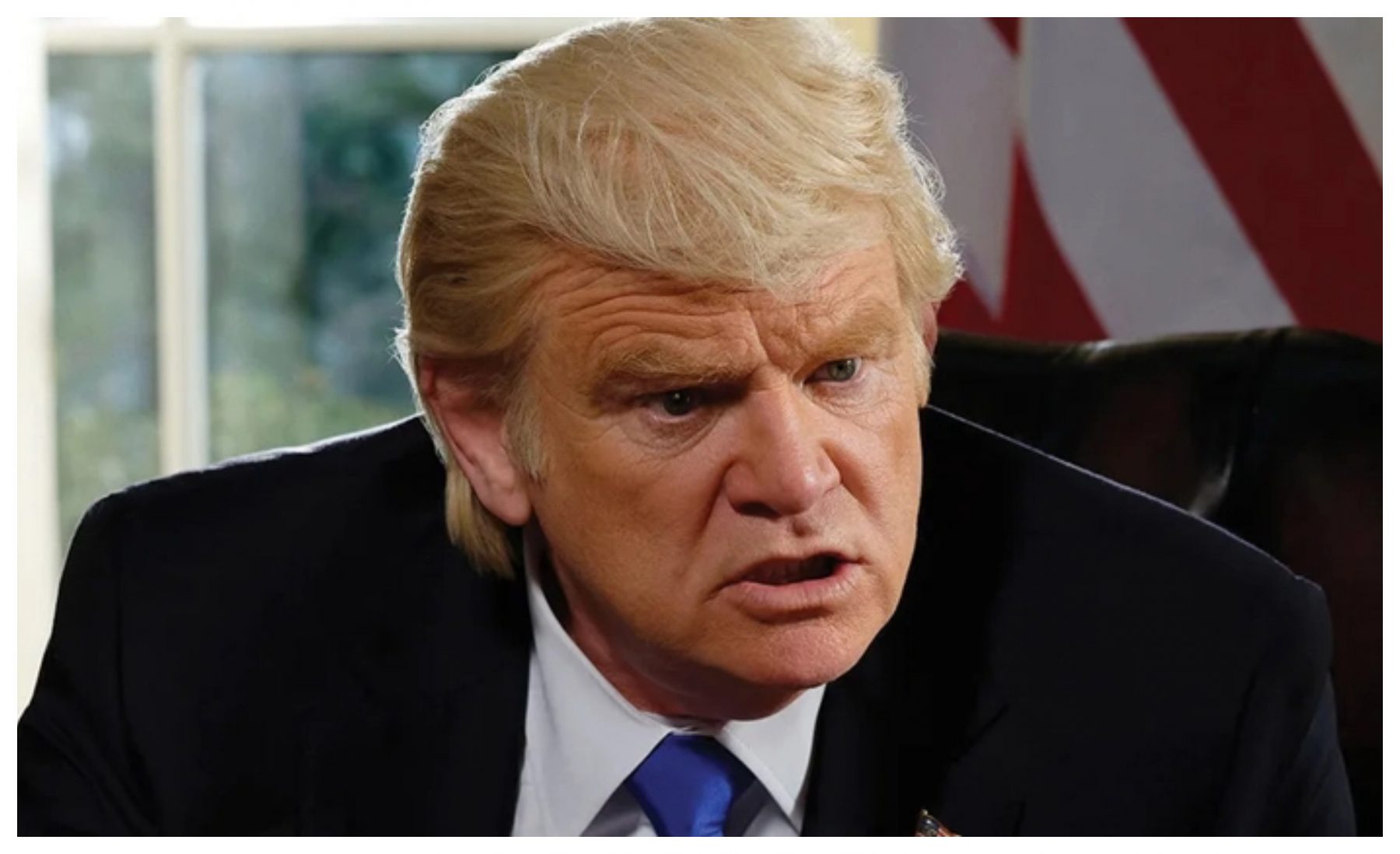 THE first trailer for Showtime’s much-anticipated mini-series ‘The Comey Rule’ has arrived online, giving us an early taste of Brendan Gleeson’s eerily accurate portrayal of President Donald Trump; a role that required the veteran actor to ‘become one with the orangeness’ via a grueling period of preparation.

Insiders have claimed that Gleeson went ‘full Day-Lewis’ with his commitment to portraying President Trump during the adaptation of Comey’s memoir A Higher Loyalty, with a daily routine that included:

– A 6AM start to allow Gleeson to be dipped Achilles-style into a vat of Cheeto dust, giving him that perfect Trump complexion. Regular make-up techniques were proposed, but the production staff were unable to find a make-up artist willing to do a job as badly as the real Trump.

– Gleeson engaged in up to five hours of ‘locker room talk’ every day to perfect Trump’s casual sexism, with reports that towards the end of production he was walking into rooms and just starting to kiss women, and they let him away with it.

– A Russian dialect coach was hired to help the Dublin-born actor perfect his accent for scenes in which Trump denies having anything to do with Russia or Putin, even though no Russian is spoken. ‘I had to know what it was like to be able to converse in Russian but never do it’, explained Gleeson.

– A complex hair-transplant was performed on Gleeson to ensure his Trump portrayal looked as much like a portrayal of the US President from a Far Side cartoon as Trump does in real life.

– To adapt to ‘thinking like Trump’, Gleeson rammed a screwdriver through his ear passage to his brain each morning before getting a lobotomy for good measure.

– Gleeson didn’t speak to his kids throughout the entire production, except to berate them for being dumbasses. “Sunday dinner was really difficult with Dad in character, yelling at me to be a better son” said Domhnall Gleeson, who acted as a surrogate Eric and Donald Trump Jnr as his dad slipped further into the role.

– To properly get under the skin of Trump, Gleeson set about losing ‘his absolute bollocks’ with a series of financial missteps leading up to filming. “I’ve never seen someone lose so much money in such a short period of time” said the series’ financial consultant. “Brendan lost his Harry Potter money, his I Went Down money, the lot. And not a receipt to show for it. Such a master at work”.