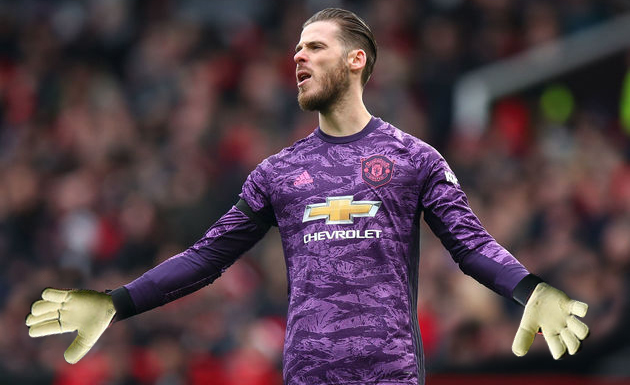 IN THE WAKE of his latest high profile blunders in the FA Cup semi-final against Chelsea, Manchester United goalkeeper David De Gea has finally admitted regret over his experimental hand surgery, WWN Sport can reveal.

“I’ve got to put my hands up and say it’s not good enough,” confirmed De Gea while wildly waving his hands down by his ankles for some reason.

De Gea, once lauded as the world’s best keeper, now more closely resembles an octopus in a straitjacket trying to learn to juggle while being electrocuted such has been the drastic change in fortunes and form.

“You name it, I tried everything to improve – I would take a bath in grease before games, coat my gloves in butter, I wore roller skates instead of boots, replaced my goalkeeping coach with a startled deer and put in an oil slick at my 6-yard box. I wanted to gain an edge anyway I could.”

“When that failed, I enlisted the help of a surgeon in LA but it hasn’t gone as planned,” added a downtrodden De Gea who was now considering putting his ever reliable feet on the end of his arms.

Asked if knowing what he knows now would he have gone ahead with the controversial surgery, De Gea stated “swapping my hands and replacing my fingers with ten arthritic thumbs turned the wrong way round which belonged to pensioners was, in hindsight, nearly as bad as my performances this season”.

In response to his disastrous drop in form, senior figures at the Manchester club are considering paying £80 million for Harry Maguire again.