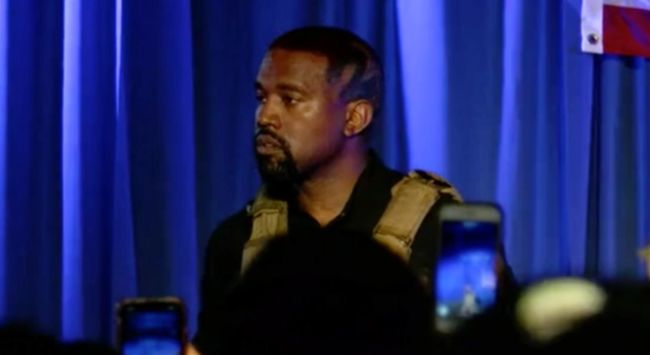 SILENCING critics who claimed that he was a man with severe mental health issues who was being allowed to say and do whatever he wanted by an endless parade of sycophantic yes-men who don’t want to see their gravy train interrupted, rap legend Kanye West expanded on his plans for office after redoubling his conviction to run for the presidency in the upcoming 2020 elections.

Although West’s run had been called everything from ‘a subtle publicity stunt’ to ‘a really, really big publicity stunt’, a quick look at his manifesto shows the kind of forward-thinking political genius that America is badly in need of in these troubled times. When elected, West claims:

– Would rename all days of the week ‘Kanyes’ eg. Monye, Tuesye etc

– Would not be ‘boxed in’ by conventional thinking and would only launch wars on non-existent countries.

– He will drop ‘the sickest beats ever heard’, beats so sick that ‘motherfuckers won’t even know’. The economic and cultural benefits of these beats, it must be said, cannot be underestimated right now.

– All music journalism will be vetted regularly to make sure nobody is exploiting a mentally ill artist for their own gain.

– West will issue a full pardon to Captain Steve Rogers, better known as Captain America, for his violation of the Sokovia Accords. Pardons will also be issued to Donald Trump in 2021, who Kanye will have jailed as his first act in office due to ‘substandard quality hats’.

– The eradication of Covid-19 is a priority for West, and he claims he will do this without the use of vaccinations or ‘western medicine’. it is unclear what this means, but insiders are suggesting it may involve yet another dope album full of sick beats.

– Put Kris Jenner in charge of controlling the careers of everyone in the US.

– Would change the red, white and blue of the US flag to three as yet to be invented new colours.

– Introduce strict new laws that would make looking directly at Kanye a crime. Concerns have been raised that the jails would not be fit to cope with all the new inmates, but West says this will not be an issue as he’s freeing all currently-jailed people, ‘starting with my man Bill Cosby’.

– Free government-funded Kardashian-branded cosmetics and clothing for all ugly women over the age of 4.

– Some slight changes may be made to the National Anthem.