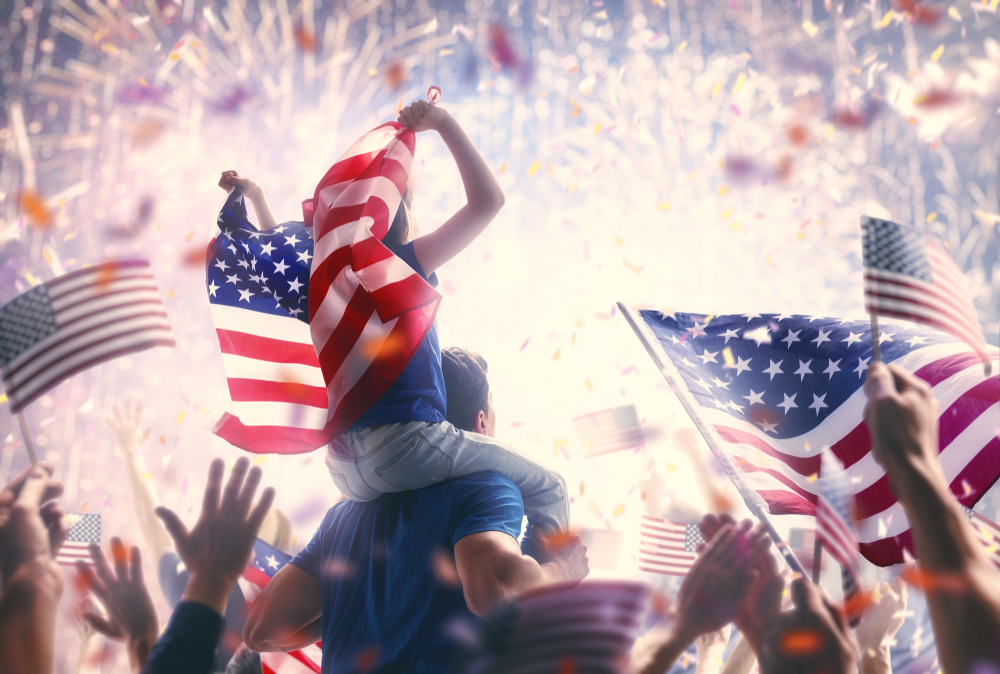 AMERICAN citizens are gearing up for the 244th and final celebration of the 1776 signing of the Declaration of Independence, with all 50 states determined to ‘make it one for the history books’ for whoever is still alive in 2021.

Marking 131,000 people dead so far since the outbreak began, US citizens will also mark one of the highest rate of infections in the world with some really neat fireworks, brass bands and crowded celebrations to ensure everyone doesn’t feel like their dead relatives died for nothing.

Families who planned on cancelling their traditional barbecues and get-togethers in a bid to stall soaring infection rates have instead followed President Donald Trump’s advice that everything is ‘probably okay’, with the leader of the free world suggesting to use the ashes of the Covid dead in the fireworks as a mark of respect.

“It’s what mama would have wanted,” explained Trump supporter Karl Peterson, stuffing the cremated remains of his recently deceased mother into a giant firework, before openly sneezing from the dust. “We’re gonna send her to the stars tonight… yeee haaaaw!”

Although the majority of Americans are unsure how the nation got to be in such an unrepairable state, President Trump has assured them that it probably has something to do with that disrespectful Colin Kaepernick son of a bitch, George Floyd, Hillary Clinton or whoever the President doesn’t like this week, but definitely not the man in charge, not Donald.