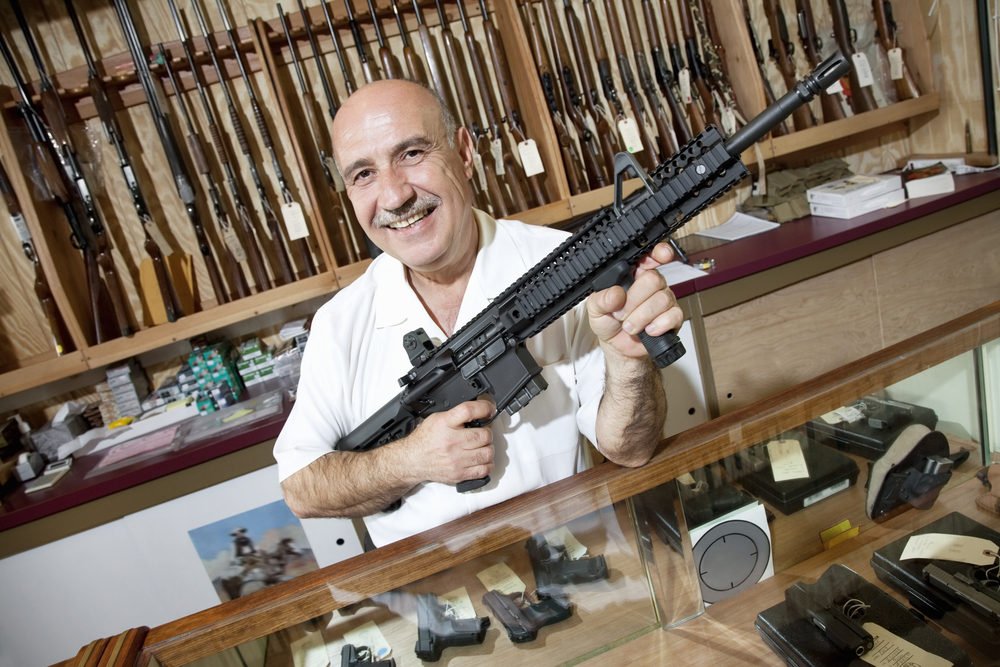 A NEW poll has shown that even the most vocal non-American anti-gun voices would ‘absolutely, without question’ own several pistols, rifles and ‘whatever else was going’ if they lived in America.

“OK, I’ll admit it, if I lived in America, I’d be tooled up out the ying yang” said one man, who frequently posts angry missives online following America’s regular mass-shootings.

“Part of me wouldn’t feel safe in a land where everyone might have a gun without a gun myself. And part of me would want to play with it all the time, point it at the telly, that kind of thing” admitted another.

“Actually, I was in the US last year and went to a shooting range, look, here’s my profile pic on Facebook with me posing with an AR-15. It’s actually great craic and they’re cheap as fuck so yeah, I’d probably get a few for around the house” stated one Waterford woman.

The new findings are welcome news to a US government under pressure to enhance gun controls after decades of deadly shootings and a seemingly never-ending escalation of gun ownership and gun-based violence.

“See, we told you guys all along and these findings just back us up; guns are cool” said a spokesperson for the NRA.

“Plus, we’ve made sure that America is so damned dangerous that the most bleeding-heart liberal out there won’t leave the house without the soothing comfort of a handgun. So it’s either everyone buy a gun, or everyone throw them all out at the same time. And we know what our money’s on”.