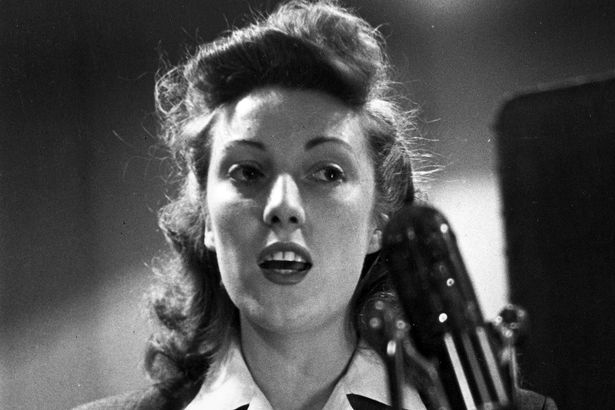 THE death has occurred of Dame Vera Lynn in her 103rd year, following a long and difficult battle with disappointment in the current state of the UK and a lifetime of being sick of ‘that fucking song’.

In honour of a storied life and career, WWN now takes a look back at the life of this incredible woman:

– Although many believe that ‘Vera Lynns’ eventually became slang for rolling papers through the years, it was actually the other way around. Vera was in fact named after ‘skins’ sold by her opium dealing Dad Archie in the 1910s, which had become known as ‘Vera Lynns’ by his dragonsmoke-addled customers.

– The ‘Force’s Sweetheart’ is well known for her WW2 songs which told of meeting again after the conflict was ended, but Dame Vera did a lot more than just sing about the war. She was enlisted as an SOE agent in 1943 and was said to be ‘pretty ruddy blooming fucking deadly’ with a poison tipped umbrella. However, she will be most known in the agency that eventually became M16 as the inventor of the ‘shoe with a little knife that popped out when you clicked the heels’, even if she never got around to giving it a proper name.

– Vera was made a Dame in 1976 after letting the Queen know ‘what was going to happen’ if the year ended without the honour being bestowed on her.

– Although initially a pro-Brexit voice; Lynn became increasingly disappointed in the movement as the years rolled on and the royalties for ‘We’ll Meet Again’ failed to roll in. She famously described Boris Johnson as ‘a lying sack of pigshit’ and derided Theresa May for being ‘as thick as pigshit’, as well as dismissing Nigel Farage as being ‘like pishit only smells worse, somehow’. “Most of Auntie Vera’s insults were pigshit-based” smiled a relative this morning, fondly.

– Having adopted an Antifa stance late in life, Lynn was known to take to the streets incognito under a V For Vendetta mask, where she is believed to have been implicated in the vicious assault that left 30 UKIP hooligans who had been making Nazi salute in London in hospital. “I didn’t sing that fucking song every day for nine years for you cunts to be out here making Heil Hitler signs,” she told friends.

– Famously indecisive, Lynn never did tell anyone where or when she would meet them.