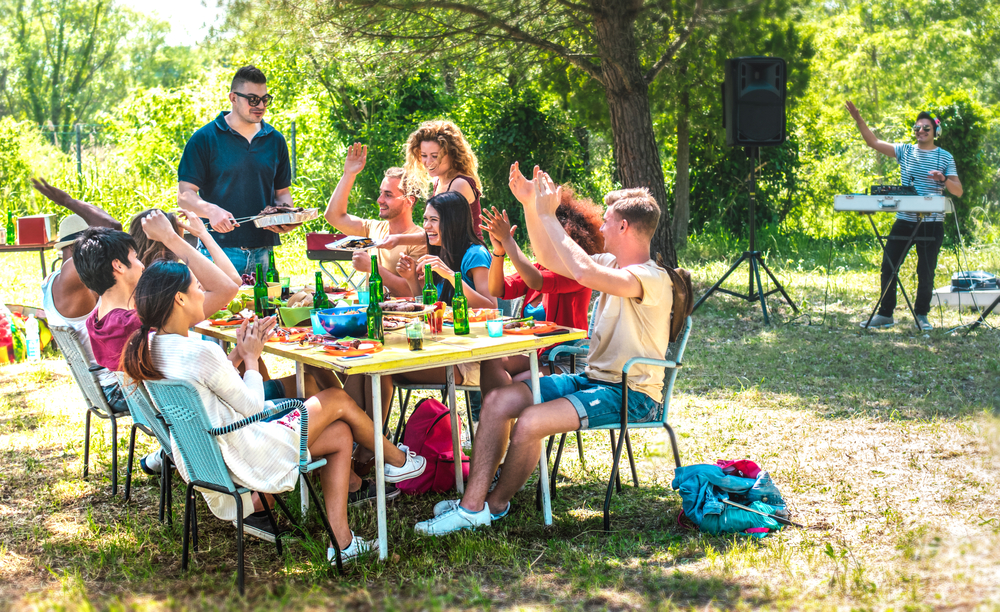 BACK garden revellers have been urged not to register for an ongoing ‘battle of the decimals’ which has seen thousands of neighbours trying to outdo each other’s music volume over the past several weeks.

Frantically trying to drown out each other’s incredibly awful taste in music, rival neighbours began slowly upping their volumes in the hopes of winning the title of ‘asshole neighbour of the year’.

“Oh, you like Oasis, do you?” local resident Terry Ward told his neighbours in a wild but fictitious argument in his head, “well, here’s some fucking Sepultura – I hope Roots haunts your dreams tonight, assholes!”

With backyard music battles reaching epidemic proportions, Gardaí have warned people not to fall into the ‘whos stereo is louder’ trap, stating that if everyone starts battling it out, the whole country will eventually suffer from permanent hearing damage.

“If I get one more complaint I swear I’ll actually shoot somebody,” local Superintendent Tony Fennessy urged, pinching the bridge of his nose, “no one wants to hear your music, no matter how good you think it is.

“Put some earphones in if you want to listen in peace but stop forcing everyone else to endure it”.

Gardaí also warned neighbours who like to insist on chatting to friends and family over the phone to take their phones off of loudspeaker and stop showing off.

“Seriously, stop using your loudspeaker to publicly gloat about your kids and how well they’re doing abroad for your neighbours ear sake – basically, just cop the fuck on, lads and grow up,” Garda Fennessy concluded.