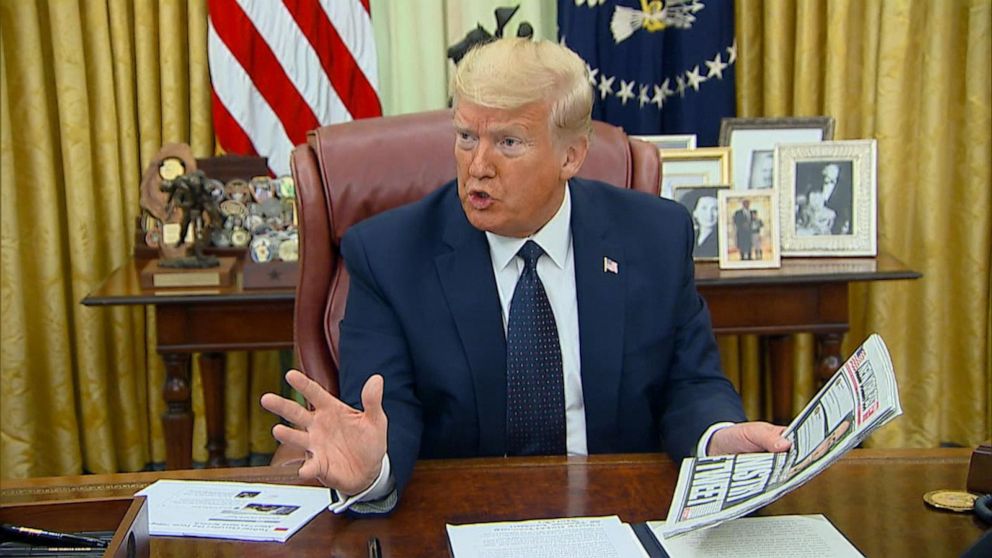 IT’S BEEN a busy 24 hours for US President Donald Trump as he sought to restrict freedom of information with an executive order aimed at suppressing Twitter’s ability to fact check his lies, before going on to tweet about sending in the army to kill his own citizens in Minneapolis and spreading a dozen or so conspiracy theories implying the election will be fixed by the Democrats using mail-in votes and witches spells.

In response to the most pressing crisis his country has faced in a generation; 100,000 American people dying of Covid-19, Trump signed an executive order, soon to be blocked by Congress, that seeks to ban Twitter from tethering him to reality.

“It is now illegal to hurt my feelings,” Trump said as he signed the executive order while a group of adults stood around clapping enthusiastically.

“My, what a big, strong and handsomely big-handed man you are sir,” Attorney General William Barr told Trump, “America has been greatened so much by you, congratulations”.

Despite getting to write his name with a big marker on an important looking piece of paper, Trump’s annoyance remained.

“This is a disgrace,” Trump said not of the murder by police of George Floyd.

“This is censorship!” Trump added of being fact checked, and not of Minneapolis police arresting journalists trying to report on what is happening.

“This can’t be allowed to happen,” added Trump, not of the 100,000 and rising deaths of Americans from Covid-19 or 30 million people losing help insurance.

“When the looting starts, the shooting starts,” Trump said not of the massive tax breaks he’s afforded to the ultra rich elite at the expense of his supporters.

As millions watched on in horror at the terrible handling of the pandemic response and the Minneapolis in flames, the idea of injecting themselves with bleach suddenly didn’t feel like such a bad idea.