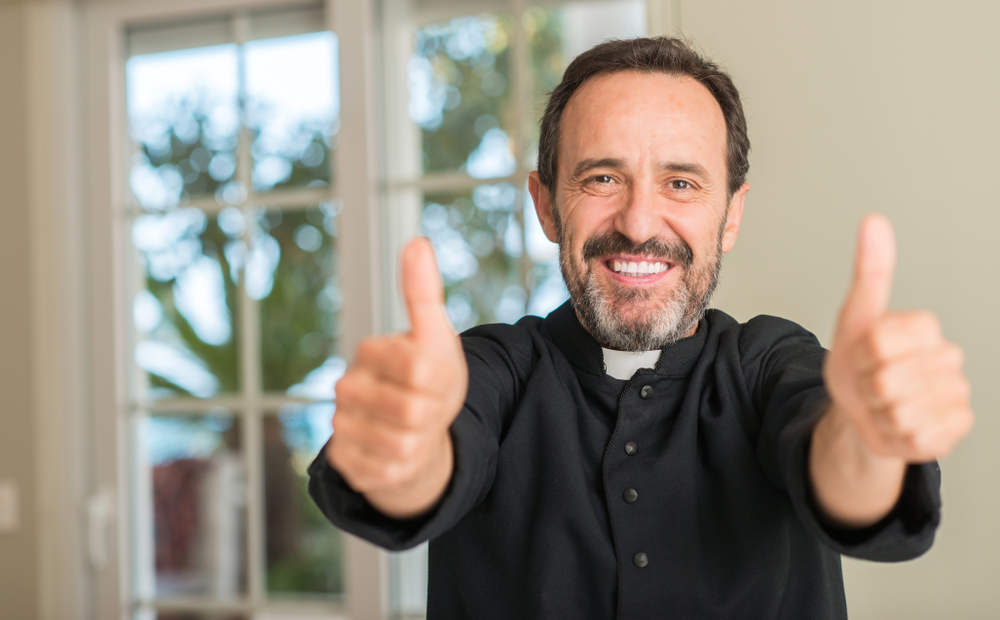 REASONABLE people everywhere have hit back at those who rushed to criticise a south Dublin church for staging a series of public masses, despite contravening guidelines aimed at stopping the spread of Coronavirus, with the church in question claiming it had a written permission from none other than God himself.

“God, doesn’t God have lovely handwriting altogether?” remarked Fr Eoin Temple while admiring the note said he fell from the sky, which saw God break his 2,000 plus years of remaining socially distant from believers, to conveniently justify holding mass in the small leafy Dublin suburb.

“You know it’s not a forgery because he signs it ‘God'” confirmed Fr Temple, who began sniffing the note, “it smells lovely too, like heaven”.

Fr Temple said he understood the initial anger, but wagered that those complaining now felt ‘pretty stupid’ now the permission slip has emerged.

“I will forgive those who were outraged that I went ahead and broke coronavirus social distancing rules and risked people’s lives, because that’s the Christian thing to do,” explained Fr Temple, now planning a glitzy worldwide relic tour with the first ever correspondent from God. “I could get a Vatican gig out of this yet, or even become pope!”

The flouting of the rules by the Church of the Guardian Angels Blackrock was all the more shocking as the Catholic Church is renowned for never displaying a ‘one rule for them, another for us’ attitude.