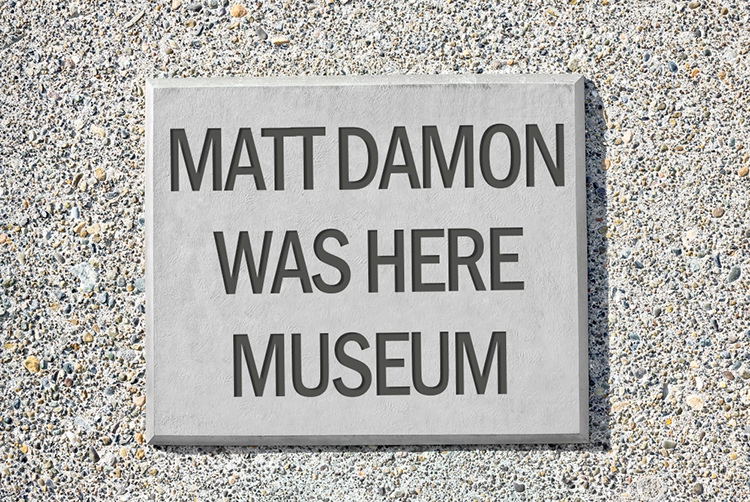 HORDES of builders have broken ground on The Matt Damon Was Here For Three Months During Lockdown Museum, International Conference Centre, Hotel & Gift Shop and expect the fast-tracked construction project to be finished by this evening, generating a projected €300 million for the local economy every year.

“As we learned from Obama Plaza, cashing in is essential, the quicker the better and this is a vital museum that is wholly necessary,” confirmed Niall Dillon, member of the Dalkey Chamber of Commerce.

“Visitors to the museum will be able to recreate all the iconic and legendary things Matt did while in Ireland – like breathing in air, using the toilet, being very bored, posing for socially distant photos with locals and all for a modest entry fee of €50” explained Dillon.

The museum will also feature the world’s most powerful speaker system and klaxon which will play any and all nice things Damon said about Ireland on a loop and will be heard from as far away as Donegal.

The 12,000sq ft museum and gift shop will contain only the highest quality items including replica Super Valu shopping bags as used by Damon, priced at €79.99, and €150 with cans included.

Damon’s stay in Ireland came to an end yesterday when an audacious targeted extraction was carried out by the US military’s famed Seal Team Six, who freed the actor from his Irish captors and smuggled him through Dublin airport to the safety of the famously calm and serene America.