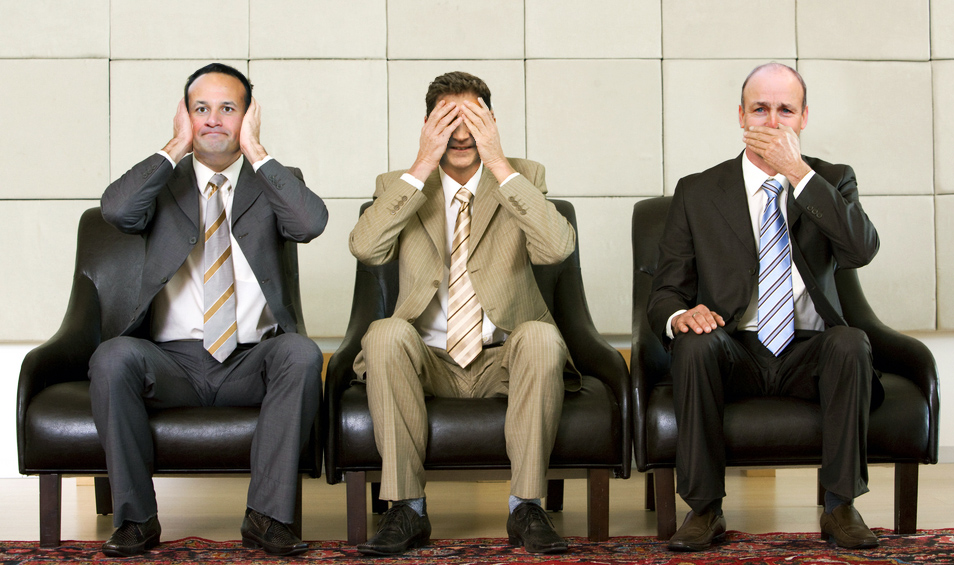 WITH a programme for government set to be discussed by Fianna Fáil, Fine Gael and the Green Party on Thursday, WWN has gained unprecedented access to potential future policies, ‘red lines’ and inter-party disagreements. Just what will eco-friendly austerity and brown hemp envelopes involve?

Elsewhere, an understandably irate voter who, like 110% of the nation, gave Sinn Féin his first preference, has reiterated what a disgrace this all is by stating ” you know, Sinn Féin wouldn’t have let this global pandemic happen is they were in power”.