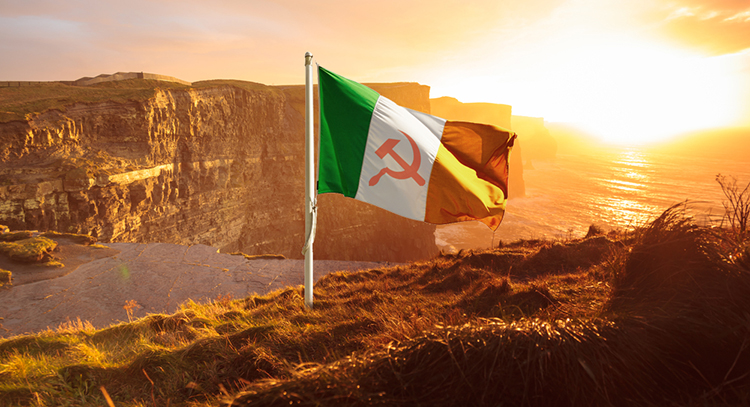 WITH PRIVATE hospitals being taken into public ownership, increased welfare supports for the vast majority of the nation and a ban on evictions and the implementation of a rent freeze, Irish people are still trying to comprehend how they woke up today to find themselves in an idyllic socialist republic the leaders of the 1916 Rising could only dream of.

Repeatedly telling people who pointed out we’ll have to pay for all this down the line somehow to “shut up, not now”, the nation wondered if it was ‘too much’ to start adding a hammer and sickle to the Tricolour.

All socialists, democratic socialists, champagne socialists, Tesco own brand orange juice socialists and balls-to-the-walls Turbo Communists have been asked to refrain from acting incredibly smug and self-satisfied during these unprecedented times.

“This is great,” remarked one family who, thanks to a stay on evictions and an increase in the emergency Covid-19 payment to €350 per week, have seen the existential dread and anxiety they endured in Ireland for the decade proceeding the global pandemic all but disappear.

“I know we’re going through a major crisis and now’s not the time, but fuck me, see how easy it is for politicians to reorder society to benefit people when it fucking suits them? Sorry, I know it’s not the time, but we’ll have to talk about it at some point,” remarked one woman.