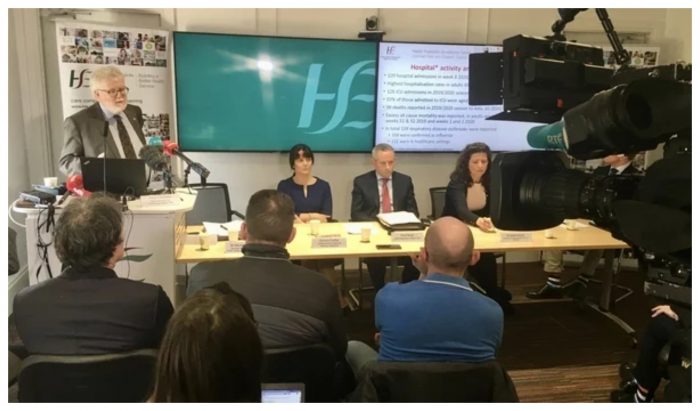 THE SECOND CASE of the general public ‘losing its shit’ in the Republic of Ireland has been confirmed by the Department of Health.

It is not clear where this case of chronic panic-emptying of bowels originated but over 4 million people have now tested positive for the condition with no sign of a cure in sight.

In a statement issued this evening, the National Public Health Emergency Team said symptoms include screaming, sweating and looking in all the right places for incorrect information such as anti-vaccination groups on Facebook.

The Department of Foreign Affairs has advised against travel to any WhatsApp groups that include gullible friends, family members or coworkers.

In the most chronic cases, symptoms include emitting toxic levels of bullshit rumours without thinking, and the contagious spread of unreliable claims about a neighbour down the road coughing nonstop ever since they got back from licking every available surface in northern Italy.

Advising the public, a HSE spokesperson said losing your shit can spread via face to face or online conversations with literally anyone.

For less information on the spread simply assume you know better than experts, half-heartedly follow advice and mindlessly scroll past articles without reading them while proclaiming “we’re being told nothing, why won’t they tell us what’s going on”.

Elsewhere, Sharon down the road doesn’t look so stupid now for panic buying 24 tonnes of handsantiser there two weeks ago, does she?