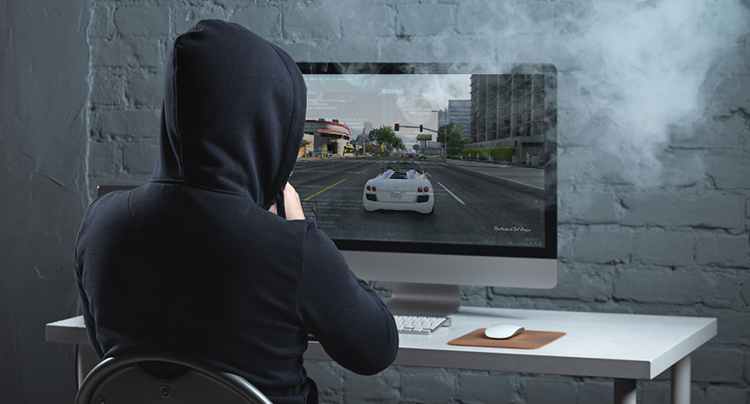 DESPITE the practice being around for years, full-time son-of-two Paul Chapman continues to make sure everyone online knows that he’s vaping by overly inhaling his ‘THC laced’ pen in the hopes of sparking up some conversation centred around cannabis, WWN has learned.

Waiting for the perfect moment, Chapman exhaled quickly before sucking on his electronic vaping device, creating that all too familiar crackling sound and leaving his fellow players in awe at his ability to inhale boiled oil from a Chinese sweatshop manufactured vape.

“Ah man, is that THC, brah?” chimed in TheShadowKid49, whose cunning ability to recognise sounds impressed no one.

“Yeah man, 85%” the now chuffed Chapman replied, lying through his teeth about its exact content and making sure not to sound overly excited at the thoughts of someone else knowing what he was doing behind closed circuit boards.

The stay-at-home son continued his sporadic vapes throughout the game, hopping from server to server, lobby to lobby in the hopes someone else noticed his really cool pretend drug habit.

“Mom! Can you grab me some vanilla vape refills from the shop, I’m all out and I’m stuck in a mission,” our hero shouted down the stairs, before scanning his bedroom for his favourite wank sock.