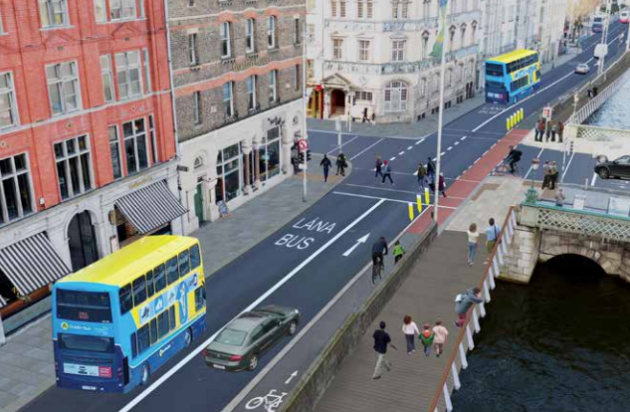 DUBLIN’S car drivers have rushed to lend their support to the capital’s cyclists after Dublin City Council approved plans to trial a cycling corridor along the quays of the river Liffey.

“This sounds like a positive step forward in encouraging people to feel safe when cycling in Dublin, and hey maybe it’ll get more people on bikes which is no bad thing. I certainly won’t be using this news as a reason to just rant nonstop about cyclists,” confirmed one driver, typifying the reaction cyclists have come to expect from the motorists of Ireland.

“And if you think I can alter my driving habits in any way to be more mindful of cyclists on busy city streets just let me know, okay? I’m famously receptive to feedback like that,” Dublin’s drivers added, never for a second thinking to use the news of a cycling corridor first proposed in 2011 finally making some progress as an opportunity to point out they’ve seen cyclists break lights or bemoan the fact they don’t pay motor tax or car insurance.

The temporary cycle corridor is the next in a number of significant but admittedly slow steps towards trying to reduce the cities reliance on cars as the only mode of transport and will cost €800,000.

“It doesn’t go far enough, and surely there’s more money to spend, what about a cycle way from Cork to Donegal? Typical unimaginative stuff from politicians just in it for the money and expenses, puppets for cars producers and Big Road,” remarked one cyclist who just couldn’t quit moaning for one second and enjoy a rare win.