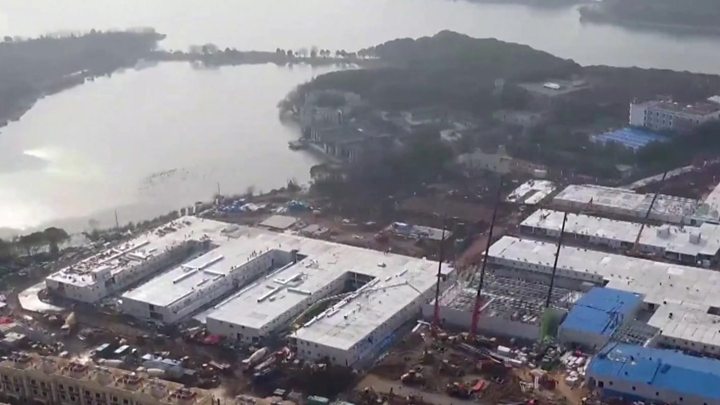 THE HSE has brought in what is being described as ‘a big load of Chinese lads’ to help finish up construction on the beleaguered Children’s Hospital project, following reports of a 1,000-bed facility that was built in just ten days in the Wuhan province in China to cope with the Corona Virus outbreak.

The Chinese government bulldozed through a mountain of red tape to complete construction of the hospital, with 7,000 workers drafted in to construct the badly-needed facility in a night-and-day project that rivals something from Challenge Anneka.

Conversely, the HSE’s well-documented woes with the Children’s Hospital project has seen the job go billions of euro over budget over the course of countless years without so much as a saucepan pulled off a kid’s head, prompting officials to liaise with China in a bid to stop looking like such a time-wasting shower of bastards.

“We’ll have this thing finished in a fortnight once the Wuhan Clan land over” said a spokesperson for the HSE, speaking outside a €500,000 accounts committee meeting into why the Children’s Hospital is so far over budget.

“Did you see the speed they threw that thing up? Jesus, it nearly takes you as long to watch the timelapse of it on YouTube as it did for them to build it. And all because their government was faced with an unprecedented emergency and had to act swiftly in the best interests of their people. So yeah, we could use a bit of that, even though it’s not like there’s a Coronavirus-type of emergency in Ireland. Boatloads of sick kids on waiting lists, but like, nothing you’d panic over”.

Meanwhile the HSE has assured contractors on the job that they’re still going to get paid their full salaries, even though the Chinese are taking over and the contractors have really done fuck all to deserve it in the first place.