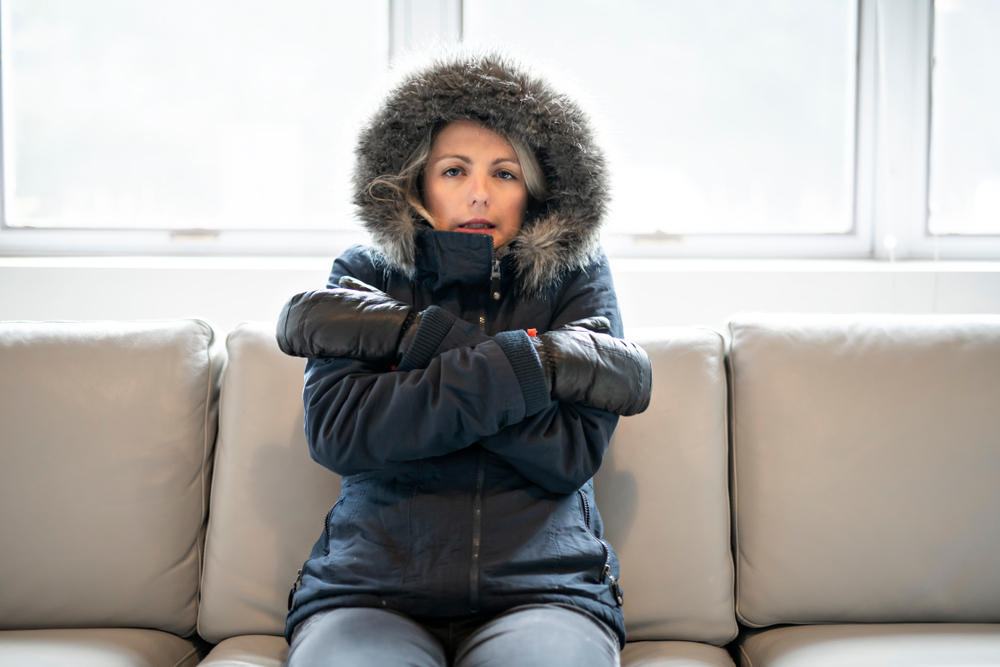 CLIMATE change? Poor insulation? Magic? Whatever the explanation, one woman WWN spoke too on the subject of temperatures is adamant that she’s warmer when she’s outside exposed to the elements than when she’s inside her Waterford home.

Mother-of-four Sheila O’Neal made the announcement about the heat of her house this morning at 11am after returning from a school run, then made it again at 12.30pm, 1.15pm, 2.37pm, rang her sister to tell her at 3.49pm, informed her kids when they came home at 4pm and her husband when he returned at 6pm, before putting it on her Facebook page twice just to be on the safe side.

Claiming that she was ‘foundered’ with the cold inside her three-bedroom home but warm while outside, O’Neal has drawn attention from meteorologists, climate specialists and refrigeration experts from around the world.

“Either Mrs. O’Neal has stumbled onto one of the most amazing scientific discoveries of all time, or she’s talking pure shite,” said one leading Metrologist, who was accidentally called to Waterford because someone couldn’t spell meteorologist.

“It’s very possible that it’s warmer outside than it looks, and that’s what’s tricking her brain into believing she’s cold inside and warm outside. But I can promise you one thing, she’d be warmer inside the house if she put on the heat, or put a pair of slippers on her. And maybe, just maybe if she were to close a few windows, she’d heat up the house a bit. Yes, I’ve heard her argument about how ‘you have to have a bit of fresh air or you’d smother’… my contention is, that you can’t have that, and a warm house. Cop on. Bye bye”.

Experts have disagreed with Mrs. O’Neal over how much warmer it is outside her house than in, but have accepted the fact that ‘you’d know it was Winter’.