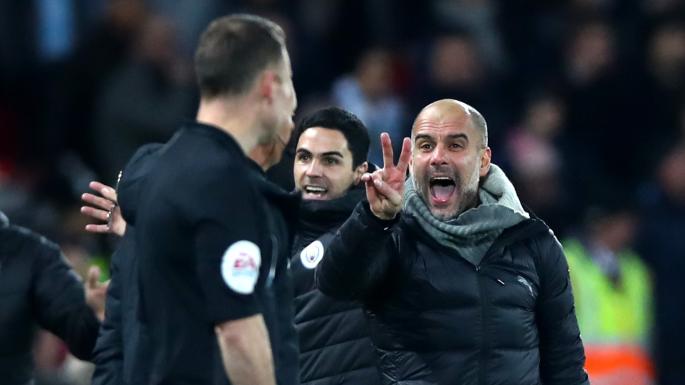 AFTER numerous 6-year-old children failed to adequately calm him down by pointing out “it’s only a game of fucking football, relax” Man City manager Pep Guardiola still has a constant stream of steam emanating from his ears following his team’s 3-1 loss to Liverpool, much to the displeasure of his wife, Cristina.

Despite nearly 24-hours elapsing since ‘Guardiola lost his mind and looked like an atomic peanut on the verge of exploding’ according to onlookers, the manager has failed to calm down while faced with apparent injustices visited upon his team.

“I feel treated more unfairly than an overworked and exploited Qatari World Cup stadium worker who died of heat exhaustion. People at work have been so, so mean,” Pep, a 2020 World Cup ambassador ranted as his wife, knowing the drill, placed ear plugs in her ears and strapped herself in for two more weeks of nodding politely while occasionally saying ‘yes dear’.

Doctors concerned for the Man City man have been unable to check his blood pressure as all monitors placed on his arm explode upon making contact.

“Thank you. Thank you very much,” repeated Pep sarcastically repeating himself on a loop since the final whistle of yesterday’s game, much to the irritation of his wife.

“I ask him to watch Peaky Blinders with me on Netflix, he says he’s too busy, but, turns out we have all the time in the world to watch a ball hitting Alexander-Arnold’s hand over and over again,” explained Cristina.

“Ridiculous. Look, look,” added a still animated Pep, the image of the handball now permanently burned into his retina.