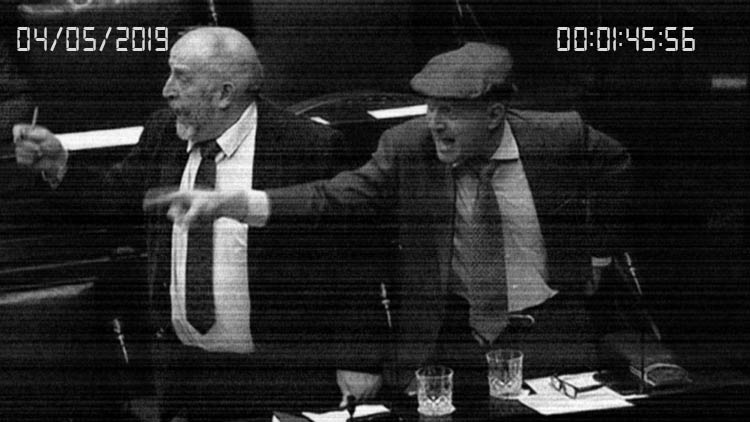 AFTER a record number of tips from the public to their crime hotline, Gardaí are examining hours of CCTV footage from the Dáil to see if claims politicians are getting away with murder are true.

The CCTV shows TDs chuckling while voting for other TDs in parliamentary votes thus making a mockery of the democratic process with additional footage showing their indifference to National Children Hospital costs rising yet again, lawlessness and violence in the border areas, the reality of climate change, housing decisions, A&E trolley numbers and Direct Provision concerns.

“See these fellas here, it’s clear as day they’re getting away with murder and they all played a part in it,” shared a guard scanning over other recent footage of government TDs sitting around perfecting their empty, sociopathic grins on a day child homelessness figures rose yet again.

Sinister footage also shows Micheal Healy Rae not in the Dáil while he magically swiped into Leinster House despite allegedly being in Kerry attending a funeral. Yet more footage will presumably emerge of invisible TDs swiping into Leinster House to incorrectly record their attendance so they can avail of as much as €30,000 in expenses.

“Enhance! Enhance God damn it, we’ve got the bastards!” shouted another guard to his colleague as their eyes strained and just about made out Fine Gael cynically vetoing Dáil bills using the ‘money message’ on a long overdo and much needed Sex Education bill among 49 others bills passed by opposition parties.

Gardaí rate the chances of securing convictions arising from the damning and incriminating footage at 0%.