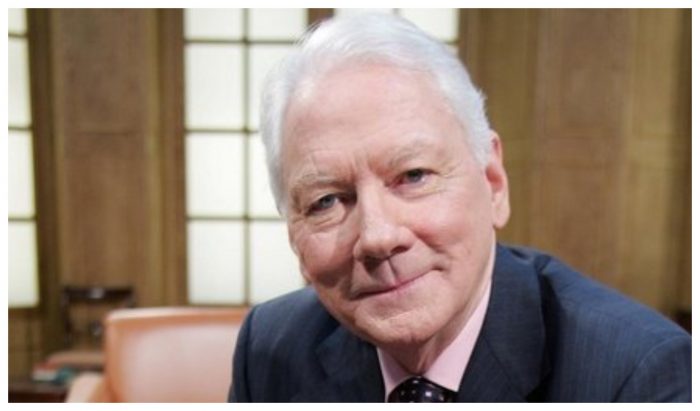 THE NATION has been given compassionate leave today as it deals with the passing of Ireland’s official grandad and first acceptable Gay, broadcaster Gay Byrne, who passed away aged 85.

The role of the nation’s grandad is now occupied by president Michael D. Higgins who has been placed in a secure facility made entirely of cotton wool.

Those looking to get in touch with anyone in Ireland have been told not to bother as they will be spending the rest of the week watching old clips of The Late Late Show on YouTube, specifically the hauntingly hypnotic first appearance of Boyzone.

Broadcasting across decades in Ireland marked by a suffocatingly conservative Catholic outlook, Byrne remained Ireland’s first and only acceptable Gay until, through his work on Late Late Show, he played a role in helping to usher in a more open Ireland where the existence of things such as sex, homosexuals, women and corrupt politicians were brought to light.

People eulogising Byrne have asked that you refrain from looking up the Annie Murphy interview for at least one week.

Elsewhere, a disconsolate Pat Kenny has been witnessed screaming towards the skies, shaking his fist in anger and shouting ‘take me instead Lord, take me!’ before being restrained from hurling himself into an open grave.

Non-Irish people expressing curiosity at Ireland’s reaction to the passing of ‘just a TV host’ have been told “you wouldn’t get it, you had to be there”.