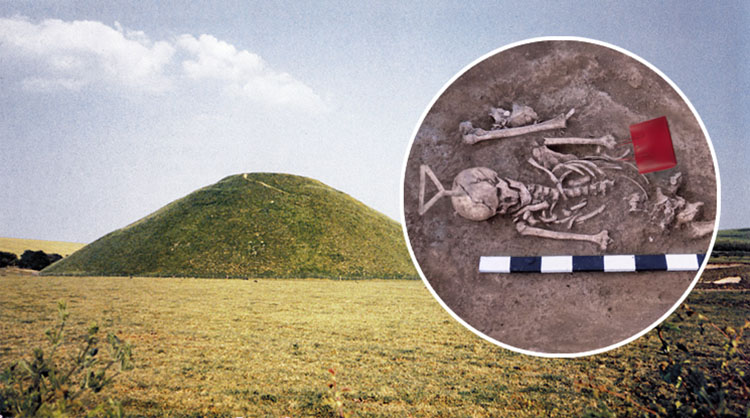 BRITISH archaeologists excavating Silbury Hill at the ancient site of Stonehenge have today unearthed what is believed to be the skeletal remains of 3,000-year-old teletubby, placing the extinction of the humanoid race even later than previously thought.

During a routine dig, archaeologists working under Professor Gareth Montini of Oxford University discovered an unusually enlarged skull in a mounded area near Stonehenge, hinting that the site may have been a teletubby settlement and not built by the druids as previously speculated.

“I knew it was a teletubby when I saw the distinctive antenna protruding from the crown of the skull,” said Professor Montini, “it was probably sacrificed by other teletubbies as the back of its head seemed to be caved in by a blunt instrument – probably the red handbag full of rocks which we found buried beside it”.

Carbon dating analysis revealed the remains are 2,850 years old, putting the deceased creature back right around the time the Henge and Silbury Hill were originally erected, probably to house the tubbies.

If data is to be believed, teletubbies could also be responsible for hundreds of mysterious mounds right across the British Isles, including Ireland’s very own Newgrange, which Professor Montini believes was a sort of teletuddy headquarters.

“We believe the teletubbies worshipped a baby sun God and aligned all their structures to face its sunrise position during the winter solstice,” he concluded.