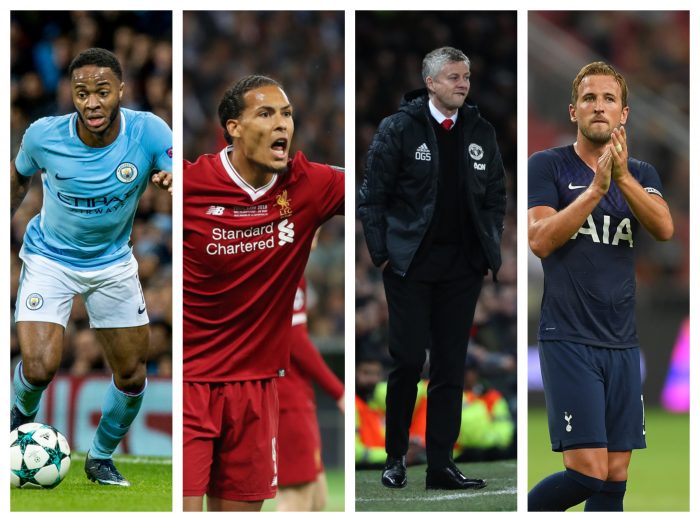 THE LEAGUE that Sky Sports refers to as the best in the world because it lost its shirt buying the rights to is back with a bang this weekend.

Hot on the heels of the transfer window closing, teams have spent big and expectations are high but just what will happen in the season ahead?

We’re here to make hasty and bold predictions which after failing to come true should leave you asking why self-appointed experts are taken seriously:

The introduction of VAR in the Premier League will lead to referees becoming the most respected figures in the game, and bring an end to any verbal abuse directed at officials. Sky Sports, Match of the Day and BT will be forced to lay off thousands of ex-pro pundits as a result of a lack of offside and handball decisions to argue into oblivion.

After a tense stand off involving trained negotiators and an armed tactical response unit Pep Guardiola will finally agree to stop wearing cargo pants and that hooded jacket sweatshirt hybrid.

David Luiz will get a sensible haircut.

Liverpool will win the league*.

Man United fans will confirm Harry Maguire was worth every penny after he successfully controls a pass in his first game in red.

Your fantasy team will perform terribly and bring nothing but shame upon your family.

Some pundits will overreact to the opening weekend’s results.

As we move toward shaping a more tolerant and progressive society, the Premier League and the FA will insist on even smaller inconsequential fines and measures for instances of racist chanting or abuse at grounds as part of their Kick It In campaign.

Any number of West Ham, Leicester, Wolves and Everton will challenge the top 6 all the way throughout the season before one of them is lucky enough to finish 7th.

Your mate John will enter the final stages of slowly acting like he never supported Manchester United all these years, as he drops subtle hints that he always supported Spurs, and it’s weird that you didn’t know that.

Sky Sports will build up the mid-December 3pm kick-off between Brighton and Sheffield United as ‘The Big One’ , with coverage beginning on four separate channels from 6am that morning.

Following emergency surgery, crowd funded by fans, and administered against his will Ole Gunnar Solskjaer’s constant references to his time as a player at Man United and the glory days will end after he has his mouth sewn shut.

Shockingly some of those players bought from massive transfer fees may begin to look like catastrophic wastes of money.

Steve Bruce will be fired after accidentally eating one of 400 post-match pies meant for Newcastle owner Mike Ashley.

This will be the only sacking of the season as fans and chairmen alike take sympathy with the immense demands and pressures managers these days are unduly put under.

You will completely forget Bournemouth are in the Premier League several times this year. Watching Burnley play will become an integral part in you slowly losing the will to live.

* Liverpool will not win the league but by stating that they will WWN Sport avoid receives a flood of angry and emotional, 10,000 word email responses from Liverpool fans.