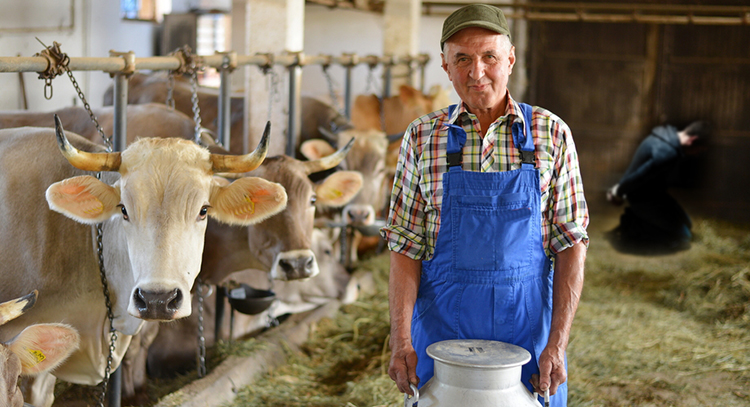 “YEP, that’s himself there in the back now,” said Waterford farmer Arthur McLennon, pointing towards the man in his mid-thirties tied up towards the back of one of McLennan’s sheds.

Gagged and unable to speak, the captured trespasser implored us to help, but McLennon quickly escorted us back over to ‘the homeplace’ where we were treated to tea and Polo biscuits beside an Aga solid fuel range that we were told has been constantly lit for nearly 40 years.

“So jaysus, when I went down and there was himself below in the byre, well, I was going to take the head clean off him with the shotgun, first and foremost,” said McLennon, 87.

“But sure then didn’t I think to myself now, I says James, isn’t there a law about them kind of things, and didn’t they change it there recent… is it okay to shoot lads trespassing on farms, or is that kind of thing not on anymore? Am I to arrest him meself? Sure, the guards haven’t been round here in years. So I did the only thing I could, I clipped him on the butt of the lug and left him beyond in the top shed beyond”.

Although we skirted around the fact that detaining someone against their will for several years was also a very serious crime, Mr. McLennon was happy enough with his current set-up, claiming that his land existed in an ‘international waters’ style legal grey area.

“If someone comes on my property without my permission, then I have the right to protect myself,” said Arthur, patting a dog that we only just noticed.