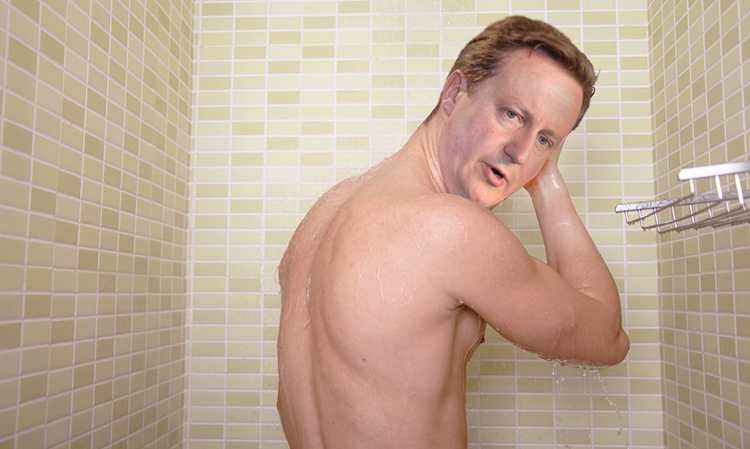 BRITISH Prime Minister Theresa May was startled this morning as she woke from a deep sleep to find former Prime Minister David Cameron emerging naked and glistening from the ensuite shower, suggesting that the last three years were all some sort of terrible dream.

“Sleep okay?” asked Cameron, as Mrs May blinked the sleep out of her eyes.

“What year is it, and what can you tell me about Brexit?

A bemused Cameron took his time answering, taking stock of the clearly shaken Conservative Party member before him.

“It’s February 19th, 2016” he answered. “Brexit? What’s that? Actually, it’d be a pretty good name for the plan for the UK leaving the EU, y’know I was just about to announce the referendum for that tomorrow morning”.

Realising that the past three years had all been a horrendous nightmare, Mrs. May sprang from the bed and begged Cameron to reconsider.

“It all goes to shit. We vote leave and you immediately fuck off. I’m dropped right in the shit and sit with my thumb up my hole for two years, and by the time we try to negotiate a deal we’re up to our necks in DUP bullshit and the EU stonewall us out of it. We’re a laughing stock, the entire Conservative Party is a laughing stock…”.

May trailed off, wondering why she was waking up beside David Cameron in 2016.

“Why, you delivered the pig,” said Cameron, pulling pack the covers to reveal a fly-crusted corpse of a dead pig, weeping death fluid into the mattress.