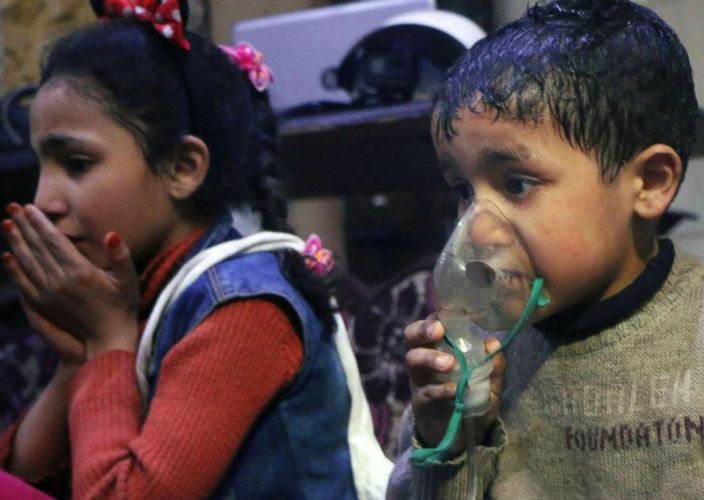 A CHEMICAL attack which continues the incalculable suffering endured by innocent civilians in Syria has tragically interrupted thousands of people’s routine of mindlessly scrolling through their social media feeds, WWN understands.

Penetrating newsfeeds with pinpoint precision, the chemical attack in Damascus suburb of Douma, has left thousands affected by the inconvenient realisation that the 7-year conflict continues unabated, adding to the death toll which grows greater with each passing day.

“It’s just not on, I’m not gonna stand around and just accept it anymore. What I’ve seen is a disgrace. Anyone who thinks they can post articles and stuff like that is going to get de-friended and blocked. I was in the middle of eating lunch when some lad I was in school with shared a link to donate to charity, the photo was too graphic, he should be ashamed,” shared local man Ian Brophy.

Other social media users were left frustrated by the fact that the usual trick of quickly scrolling passed the news only brought more people sharing similar reports.

The true horror of feeds dominated not by memes, gifs and inane food photos but by real life occurrences only came to light some hours after the initial news of a chemical attack infiltrated not just Twitter and Facebook but even Instagram.

“There’s people out here like me, innocent people, who just want to tag PrettyLittleThings and FoxyLocks on my Insta post in the hope they’ll pay me or give me free stuff. But how is that going to happen if people keep getting distracted by this Cereal War thing, it’s not fair,” explained a distraught Susie Proudfoot in an Instagram posting featuring a discount code for an online retailer.