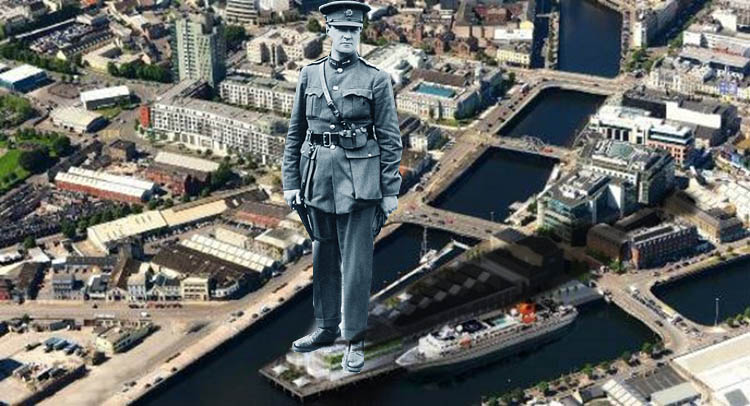 AN entirely uncontroversial proposal to build a skyscraper in the shape of Micheal Collins was given the greenlight in Cork before any formal planning permission was even submitted.

The reception the county has given the proposed skyscraper, set for Cork City’s docklands, sits in stark contrast to other proposals for multi storey buildings around which a swell of opposition has been steadily growing.

“Class!” the county of Cork said in response to the proposed 170 storey Collins-scraper, cutting off the building’s designer mid-sentence despite probably having more key information to divulge.

“Shush, shush, shush, we’ll stop you there boy, you had us at Michael Collins,” added Cork, already beaming with pride at the mere thoughts of what a glorious beacon the building could become.

The skyscraper, which will be built entirely out of discarded materials and waste from a disused nuclear power plant, and see Collins naked from the waste down, has been allowed bypass all the usual planning procedures such is the enthusiasm for the project.

“Obviously, we here in the Rebel county are in no way prone to becoming over excited, so we’ve taken every precaution necessary to ensure no lads from Dublin will be allowed partake in the construction,” said one Cork City planning official, who dislocated his shoulder after repeatedly slamming an ‘accepted’ stamp on a page solely containing the words ‘Michael Collins skyscraper’.