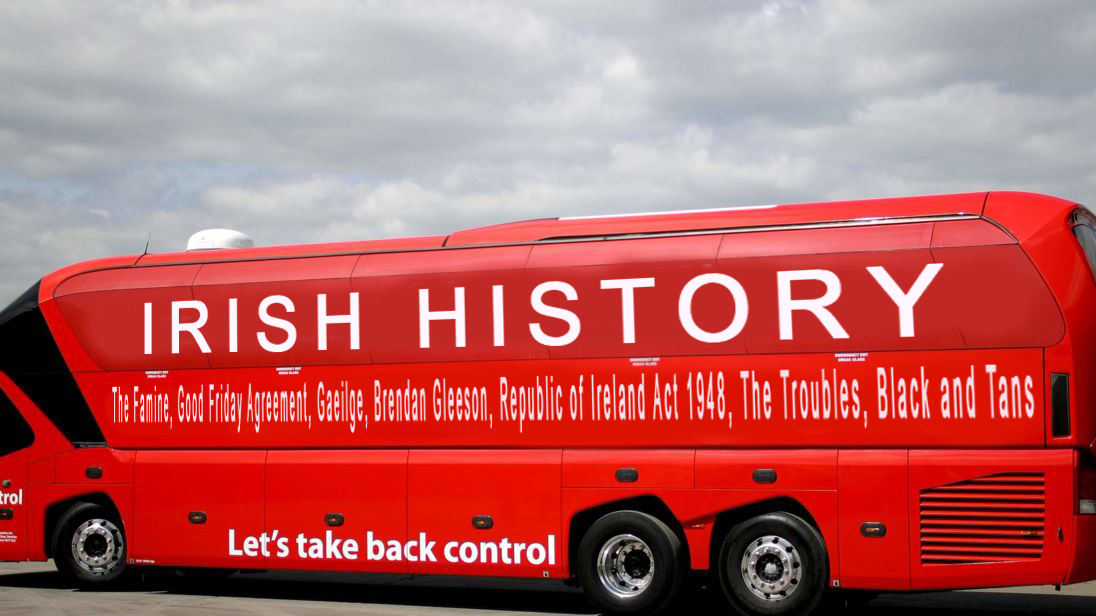 SEEKING a long term solution to the never ending parade of ignorance a portion of the British public seem perfectly happy to show off when it comes to Ireland, Irish history, and the border between Ireland and Northern Ireland, the people of Ireland have hit upon a clever idea.

In recent weeks, a number of pro-Brexit politicians, journalists, members of the public and incomprehensible cat ladies from Britain have publicly and proudly declared their complete lack of knowledge of its nearest neighbours, Ireland, forcing those living in the country not actually known as ‘Southern Ireland’ to hire a bus.

“Recent history has shown us that the majority of Britons will believe anything that’s written on the side of a bus, which will come in handy when we simply lay out the factual aspects of Ireland’s history,” explained an Irish person heading up the initiative, who incidentally is not called ‘Paddy’.

“Unfortunately, given the detailed nature of a country’s history, as many as 7,000 buses will be used as part of the education effort, but given time we hope Britain can learn its own role in Irish history, and fingers crossed it could even become aware of Northern Ireland, its border and how that whole thing came to pass,” the Irish person added.

Some buses will prove hard for many Britons to understand such as those featuring details about the Famine, the Black and Tans, and British State collusion in aiding and abetting Loyalist terrorist activity and murder in Northern Ireland, meaning a need for the font to be enlarged slightly.

While some Britons may protest being tarnished with the same relentlessly ignorant brush due to the fact they are from Scotland and Wales or are just not thick, it has been observed that Ireland has patiently waited over 800 years for Britain to study for its Irish history test.

“You know the way London is in Scotland, and how we saved Hull from the Vampire invasion of 1764, and when Ireland’s very own Adele won loads of Grammys… see? It’s fucking annoying when people talk about something they’ve no fucking clue about,” concluded the Irish person.