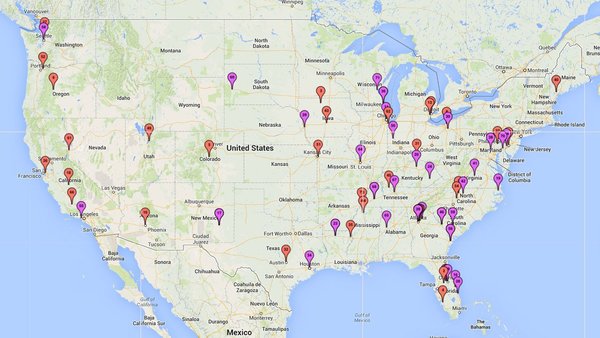 The latest tragedy involving children, death, and firearms is the 75th shooting related incident to occur at a school inside of 18 months, prompting the NRA to warn of major problems for American society if stern action is not taken.

“To put it bluntly we’re running of out schools to have these shootings in, at this rate, we’ll have run out of locations and something has to be done,” shared spokesman for the NRA Ralph Higgart, “the last thing we want is a school to go through an ordeal like this a second time when there could be an additional school yet to be touched by tragedy.”

Appeals have been made for pseudo-educational facilities to make themselves known to soon-to-strike gunmen as there is a fear there will be nowhere left for isolated and manic individuals to be forever tethered to schools and etched in the collective memory by hyperactive and irresponsible media outlets.

“We’re eager for people who run study groups or even home school their children to identity themselves as we are nearing saturation point for school shootings, it seems wrong to deny every American equal opportunity to be shot at” Mr. Higgart added.

The NRA spokesperson then went on to helpfully list the 1,234 things responsible for these tragedies, none of which were firearms.

The latest shooting is the 74th shooting at a US school since December 2012 and the tragedy at Sandy Hook, such startling figures have seen both sides of the political aisle in America reaffirm their commitment to seeking no agreement on the divisive issue of the murder of innocent people.

“It is tragedies like this that remind us all that we’re unwilling to do anything,” shared a Republican party press officer while a White House aide to President Barack Obama admitted they weren’t even going to try for a change in the law this time.

While the NRA and similarly powerful lobby groups enjoy a poor reputation they have finally decided to set up a fund for research into such incidents.

“I’m no science guy but we’re looking into how you make bullet proof children,” concluded the NRA spokesman Ralph Higgart.