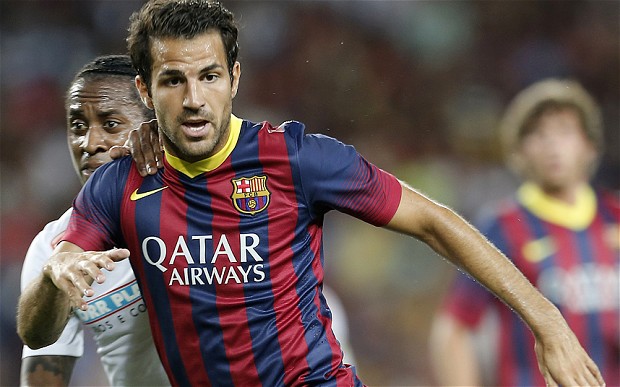 While the news that transfer signings made by fans as they dream are not transferable to real life has proved a hammer blow to Gary and the rest of the Old Trafford faithful, they have remained determined.

“I thought it was real for a second or two, but then it hit me,” Gary explained, “no matter how many times I signed him in Football Manager nothing happened but I still have a sneaking feeling we’ll get him.”

Despite the positive and upbeat demeanour of the fans, it cannot be ignored that the transfer of Cesc Fabregas is unlikely for a number of reasons.

Firstly, a casual glance at the back pages of the newspapers informs the average fan that the soon to be Chelsea midfielder is linking up with his Spanish teammates David Silva and Jesus Navas to take the playmaker role at Liverpool despite being the legal property of Arsenal.

Secondly, executive vice-chairman at Manchester United, Ed Woodward still refuses to do anything about the troubling news regarding the club’s midfielder problem.

The recent discovery that Old Trafford was built on an ancient Indian burial ground, has been proved beyond doubt to be the reason United are unable to sign a midfielder. Somehow the 20-time champions disturbed the undead, placing a curse on the club.

Depsite this news coming to light United have, for a 7th straight season, been linked with over 3,678 midfielders in the last 30 minutes alone.