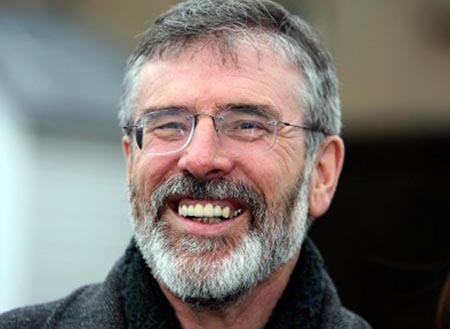 SINN FEIN leader Gerry Adams said today he has no idea where the bodies of murdered IRA traitors were left buried, insisting that he can’t even remember where he left his house keys most of the time.

The ex-commander of the Irish Republican Army told WWN that he is always forgetting stuff and is a bit of a ‘feather-head’ when it comes down to retracing his steps.

“Just last week I spent hours looking for Ted (Mr.Adams’ cuddly toy).” he said. “Then, while looking for something else yesterday, I found him, staring at me from the washing basket, waiting to be washed.”

“That’s always the way; you look for one thing and find another.”

When asked if he thinks he could apply this philosophy to all those missing dead people, he replied: “I suppose we could give it a try sometime.”

Mr. Adams has recently come under growing pressure to release the locations of missing IRA victims from the troubles, including Belfast woman Jean McConville, who was kidnapped, killed and buried in a secret plot of land known only by the group.

The Sinn Fein leader then tweeted that he missed the good old days and told this reporter he had to go ‘show his face’ at a charity event up north: “If you had to say to me forty years ago that I’d be doing this shit, I’d have laughed right into your face.”

“But then again, I’d have probably forgotten that prediction by now, wouldn’t I?” he said winking, before taking off in a skipping motion down the busy Dublin street.