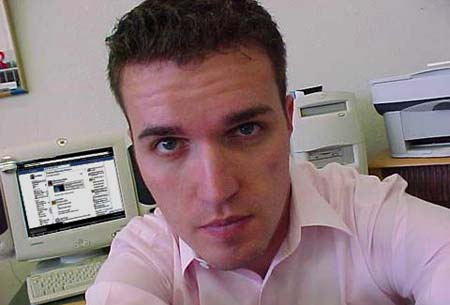 A COUNTY Waterford man has admitted today that the status update ‘I like big willies up my bum’ was not actually a frape, but written by him voluntarily.

Cyril James (24) arrived home Sunday morning from a night out on the town when he posted the admission on-line.

Several friends close to the trainee barber ‘liked’ the post and some even commented on the sheer genius behind the suspected imposter pretending to be Mr James.

“But then Cyril never deleted the post and we were all like: ‘maybe he’s gay or something! fml'”

Mr. James told WWN that he had wanted to come out on-line for quite some time, but just didn’t have the courage to do so: “I was drunk at the time and decided to come right out with it.”

Unfortunately for the gay, his plan backfired, and instead of coming out with his head held high, he ended up being unwillingly ridiculed by male friends commenting on the post.

“Everyone was slagging me off thinking the post was actually a frape!” he added.

Comments ranging from ‘HAHAHA Cyril ya big willy wofter!!’ to ‘I was wondering why you’ve been walking funny lately ya feckin’ pillow biter!!’ littered his page. But little did his friends know that Cyril really did enjoy big willies up his bum.

A recent Facebook poll carried out showed that over 67% of so called frapes were actually a cry for help from the suspected victim.