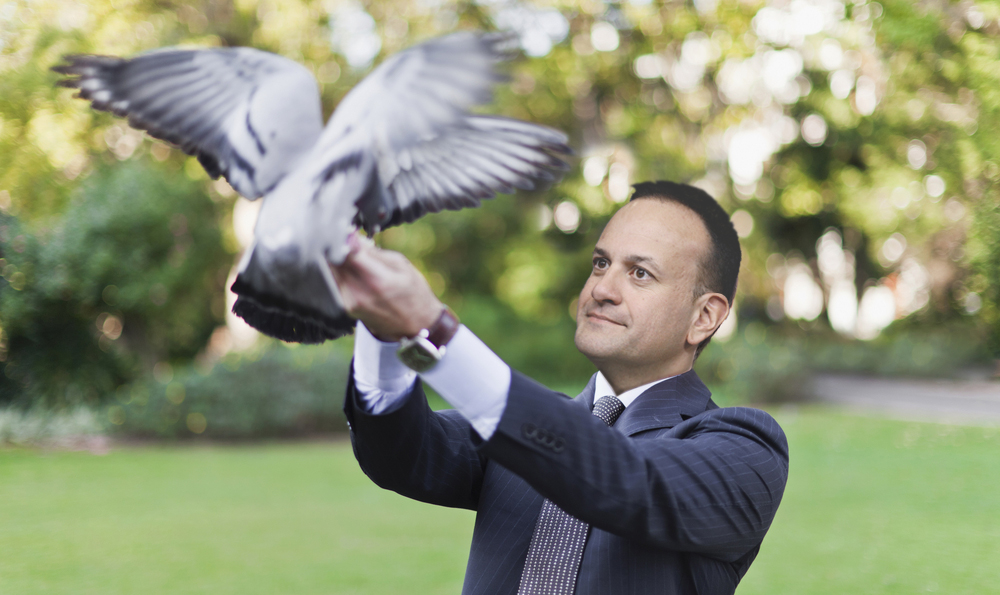 TAOISEACH Micheál Martin delivered a historic address to the UN yesterday decrying Russia for acting like a ‘rogue state’ while calling on the international community to do more to enhance food security around the world.

The speech cements Martin’s place in Irish political history and allowed him to grandstand on the international stage, but it almost nearly never happened due to his outbound flight to New York being struck by a bird which hit the plane’s engine forcing the plane to perform a hasty landing in Dublin.

It was thought to be a random accident until CCTV footage emerged of a Castleknock resident aiming his specially trained homing pigeons right for the engine.

“It seemed the suspect was jealous of the ego-inflating address the Taoiseach was to give at the UN and acted out of a warped envy,” explained one garda looking over weeks of footage which showed the suspect buying and training a number of kamikaze pigeons.

“And you can see why he was jealous – his rival was calling out the UN Security Council, demanding more be done to help Palestine – wow, that must look pretty impressive to all the world leaders there. There, because it’s a super important event, the likes of which our suspect can’t attend again until December”.

While garda sources admit such a crime is hard to prove they believe their case is bolstered by a number of other things the suspect did in recent weeks.

“The suspect bought a dozen pigeon training books while also Googling ‘easy ways to down a plane my rival is on before he gets to do cool thing and meet all the important people’, ‘what if a pigeon is too small is there such a thing as a homing swan?’ and ‘did Sinn Féin IRA ever use pigeon bombs and how easy is it to frame someone’,” confirmed the garda.