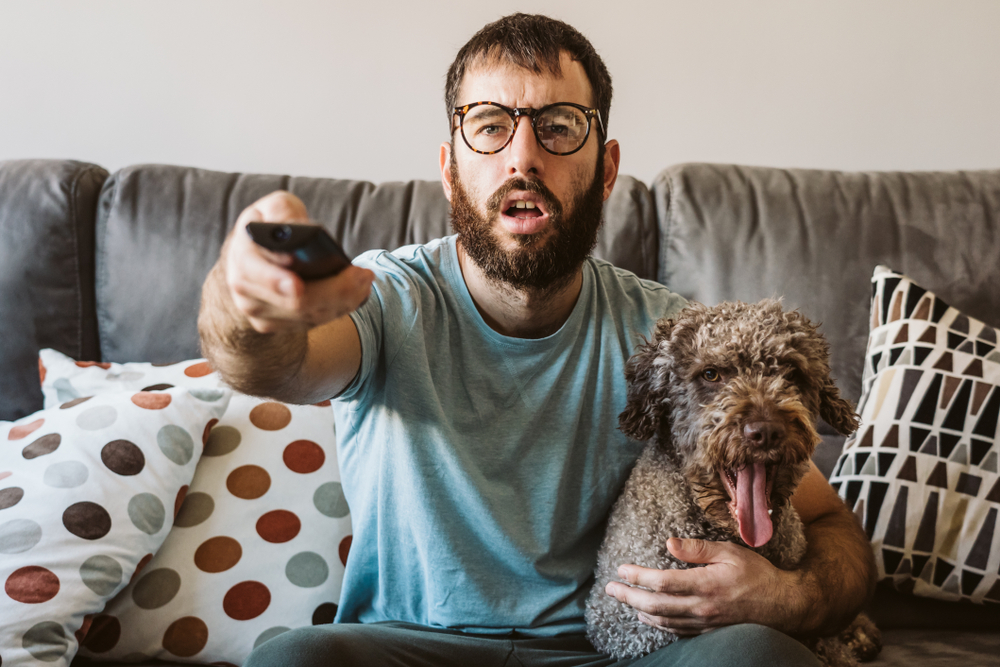 HAVING spent the entirety of his adult life as a diligent, bill-paying TV watcher and subsequent streaming service subscriber, Waterford man Ian Keeling has finally adopted the world of the dodgybox for his entertainment needs.

“There was a time in my life when I would have hesitated to hand over my bank details to a clearly not-on-the-level service provider, but the recent rise in the cost of living has kinda forced my hand,” said Keeling, who until this weekend was the only one of his friends actually paying for Sky TV.

“Since college, everyone would talk about getting their TV from this ‘dodgybox’ service, which went from an actual set-top box thingy bringing in fuzzy-looking Sky Sports and occasional pornography, to an app on my telly with more content than I could ever watch in five lifetimes. I can’t believe how easy it all was, and only 100 quid a year. I’m delighted”.

Mr. Keeling’s delight was short-lived, however, after a crack team of TV commandos descended from a helicopter hovering above his Waterford home, smashing through the windows and pinning the 35-year-old to the ground in front of his screaming family.

“Doesn’t seem so cheap now, does it!” roared a judge at a subsequent hearing, where Keeling was sentenced to 95 years in prison for online piracy.

“Why did I listen to Macker and the lads,” sobbed Keeling, who can’t believe he threw his life away in exchange for access to a hundred boxsets that he had no notion of ever watching.