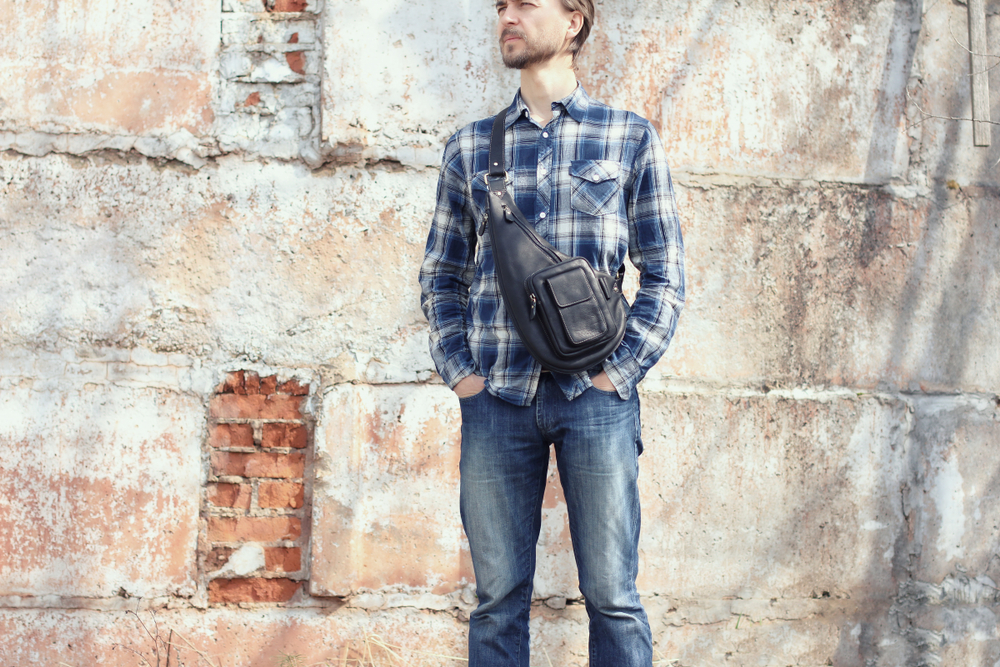 FRIENDS of Dublin man Sean O’Coughlain sighed in exasperation today when the 25-year-old showed up to meet them in the pub wearing one of those cross-body bumbag things that are apparently all the rage these days.

“Sean just… just no, ok? Just fucking no,” exclaimed Mark Whelan, who stomached O’Coghlain’s ‘year of the mullet’ in 2019 but has reached absolute breaking point with this nonsense.

Nevertheless, O’Coughlain was adamant that his new cross-body bumbag thing, the real name of which escaped him at the moment, was an essential part of his wardrobe these days and that ‘if they tried one, they’d agree it was cool’.

“You can keep your phone in it, your leap card… your phone and your leap card. It’s not a purse and it’s not a bumbag from the 90s, it’s something new and cool and it’s part of me now,” he explained, minutes before his pals erupted in derision when he told them how much he paid for the fucking thing.