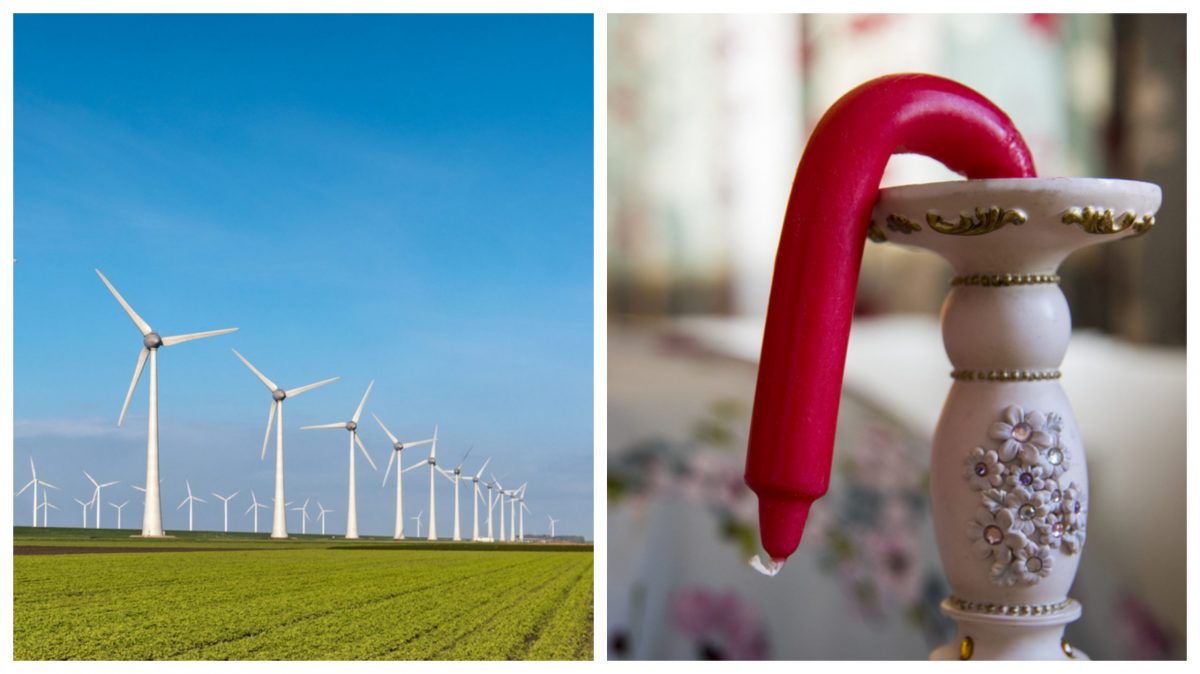 PEOPLE who think that wind farms are the solution to our energy needs haven’t considered their potentially lethal side effects, according to a new report released by some of the world’s gas and oil giants. During a press conference we attended, we heard that anyone arguing for renewable energy sources should consider the following:

Did you know that sometimes windmills just spin off their mounts and wheel off into towns, killing hundreds? According to fossil fuel companies, it happens all the time. You just don’t hear about it because Big Air hush it all up.

2) Wind farms are pushing Ireland close to the UK

It took our ancestors centuries to be free from British rule. They gave their lives to accomplish it. And now, giant fans are pushing the two nations closer by about a yard and a half every month. Anyone advocating for them is simply spitting on the graves of our Fenian dead.

Don’t look at a wind turbine too closely; the rhythmic rotations are designed to lull you into a state of hypnosis, where you’ll be susceptible to lies such as ‘gas and oil companies are raping the planet’ and ‘climate change will kill us all’. Don’t look at them! Better again, don’t build them in the first place!

Do you want to support a source of energy that has openly advocated for Russian success in the Donbas region? Well that’s what you’re doing if you support wind farms, we were told. Details on this were a little sketchy but we went along with it to be safe. You don’t want to be accused of being pro-Putin these days. Take no chances.

5) Thousands of cows are killed every year by turbines

So you call yourself an environmentalist? Then what do you say to the fact that every day, a cow (or cows) wanders too close to a wind turbine and gets flung to its death in a neighbouring county? Despicable. This is why you’re better off sticking with fossil fuels. They’ve never harmed an animal! Even those seagulls that got trapped in oil spills in the sea later admitted that they liked their new Matrix-ey black look.